Ms. Todman was born and raised in St. Thomas where she attended Sts. Peter and Paul School from K-12.  Ms. Todman later worked for Ron de Lugo as his legislative director and she is a lifetime member of the Washington, DC-based, V.I. Association. A proud parent, Ms. Todman’s daughter represented U.S.V.I during the 2016 Cherry Blossom Festival in DC.

According to the White House, Ms. Todman is currently the CEO of the National Association of Housing and Redevelopment Officials (NAHRO). Before joining NAHRO in 2017, Todman served as the Executive Director of the District of Columbia Housing Authority (DCHA) and served in several career positions at HUD: first, as a manager of HUD’s $500 million grant competition that focused on the redevelopment of distressed public housing sites, then as a policy aide in both the Office of Public and Indian Housing, and the Office of the Secretary where she worked with staff across HUD’s programs on policy solutions and streamlining implementation.

Governor Albert Bryan lauded the nomination. “I want to congratulate Adrianne Todman on the announcement of her nomination and also thank her for being yet another example – for the nation and the world – of the quality of leadership that comes out of the U.S. Virgin Islands,” he said. “Ms. Todman is an established expert in the affordable housing sector, who has decades of experience working in various roles at HUD, and she is the current CEO of the National Association of Housing Redevelopment Officials. Her nomination only adds to the bright promise being shown by the Biden Administration.”

The governor added, “The Bryan-Roach Administration looks forward to working with her and her staff, particularly on the housing issues facing the Territory, which are the same issues that have been the mainstay of her long and successful career.”

Ms. Todman is widely recognized for her accomplishments in the affordable housing industry.  She also served as a legislative director in then-Congressman Ron de Lugo’s office, a long-serving delegate representing the U.S. Virgin Islands where Todman was born and raised.  She is a graduate of Smith College and serves as a Trustee.  She lives in Washington, D.C. 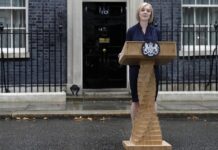