Kaieteur News – An eviction row yesterday turned deadly when an Enforcement Officer of the Guyana Revenue Authority (GRA) was stabbed by his landlord’s 42-year-old son.

According to police, on Sunday at around 17:30hrs, Taitt’s landlord, Jacklyn Lamaizon, told Taitt and his wife that they have up to July 14, 2021, to move out of her Lot 2 Middleton Street, Campbellville, Georgetown, apartment. The couple was residing at the aforementioned address with their two-year-old daughter.

Kaieteur News understands that Lamaizon was in the company of her son when she gave the tenants the short notice to vacate her apartment.

Taitt’s wife told investigators that they were asleep when they were awakened by the suspect banging on their apartment door with a piece of wood while shouting for them to move out.

The police reported that Taitt then got up, opened the door and went outside to the suspect who was armed with a knife. The suspect reportedly used the knife to attack Taitt. The man then ran out onto a street opposite the apartment, but the suspect chased after him and dealt him a stab to his chest. Taitt collapsed and the suspect fled the scene with the murder weapon.

Taitt’s wife, assisted by a security guard, rushed him to the Georgetown Public Hospital Corporation (GPHC) where he was pronounced dead on arrival by a doctor. His body was then examined and a single wound was seen to his left upper chest.

Taitt’s body was then escorted to the hospital’s mortuary where it is awaiting a post mortem examination. The suspect was later arrested and the knife he reportedly used to stab Taitt was also recovered. Statements were taken and investigations are ongoing.

Meanwhile, friends, colleagues and relatives of Taitt yesterday took to social media to express their grief over his passing. He was described as hardworking, disciplined and joyful 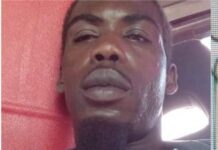 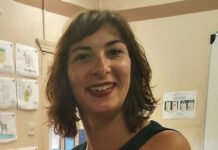 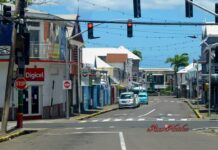 COVID-19 Task Force Chairman: This Should Be Last 24-Hour Lockdown 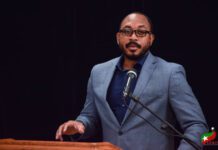