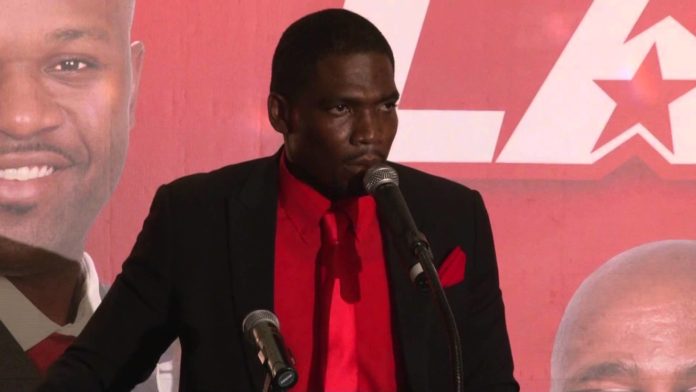 BASSETERRE, St.Kitts- From calling the SIDF (Sugar Industry Diversification Fund) a slush fund while in opposition to now introducing a questionable short-term investment option under the CBI (Citizenship By Investment) programme, the Harris-led administration continues to be called out on its controversial move in setting up a 6-month Hurricane Relief Fund.

Representative of the opposition St.Kitts-Nevis Labour Party Dr. Terrance Drew, of St. Christopher Eight, while speaking on the Party-sponsored weekly ‘Issues’ programme aired live on Freedom FM (106.5) on Wednesday 27th September, added his voice to the hot topic saying it is a “water down programme” in describing the government’s move as “political hypocrisy”.

“The reason why they are coming with this water down programme, it is because the SIDF has been in the ICU on life support; almost totally destroyed because of the negative publicity that they bantered around the world during the time they were in opposition and now they have to come with a water down programme that is not even backed by legislation,” commented Dr. Drew.

He said “The SIDF that everybody knows is linked to the CBI programme and before the elections many things were said about the SIDF.”

Dr. Drew mentioned the Parliamentary Representative for Constituency Eight Eugene Hamilton as being one of the now government officials who bashed the SIDF.

“ I remember no other than the Hon. Eugene Hamilton would have called it a slush fund and he went around the constituency and the country and he said that the SIDF was a slush fund and that needs to come to an end immediately and the monies should be placed in consolidated funds.”

He added: “After two and a half years to three into this new government, the SIDF is being misused but not only is that but there no placement of the funds in the consolidated funds. Again political hypocrisy. That programme (the SIDF) was sanctioned and approved by Parliament so it has the necessary legislative backing. Now we hear of a new programme that is being called the Hurricane Relief Fund. This (Hurricane Relief) fund has not been approved by our Parliament and so the very legal basis of the fund people are questioning.”

He continued: “Look at the difference; the SIDF was called a slush fund even though it has the necessary legislative backing but today (they) are forming the Hurricane Relief Fund and that has not been approved by our Parliament only in a Cabinet on the advice of a consultant who works in the SIDF. So this is the type of hypocrisy that I’m talking about. They described that as bad but if it was bad then it is definitely worse. So if you are now going to try to get 150 million in five to six months, what are the dangers inherent in doing something such as this?”

Dr. Drew also expressed: “So how can you before the elections go around the country Hon. Eugene Hamilton, Dr. Timothy Harris, Lindsay Grant, Shawn Richards, Mark Brantley, Vance Amory –all those who are there-and say that this was slush fund and that funds needed to go in the consolidate funds two and a half years later that has not happened but to make matters worse, you have brought a water down programme with no legislative backing so I wonder what you’re to call it.”

Encouraging members of the public to look at the monetary differences between the SIDF and the Hurricane Relief Fund, he gave reasoning as to why the fund is being called a water down programme.

“So if he had this platinum (CBI) programme that he was speaking about and it is the best programme in the world, why is it now he (PM Harris) has to water down the programme? Why does he have to do that?” questioned Dr. Drew.

Information from the Prime Minister’s office indicates that the Hurricane Relief Fund “is open to investor families of up to four persons and will only be operational for a period of six months. It is hoped that this fund will grow sufficiently to be in a position to assist with additional disaster relief efforts outside of St. Kitts and Nevis.”