Speaking at the Launch of ECCB’s (Eastern Caribbean Central Bank) at the ECCB Sir Cecil Jacob Auditorium on January 19, Governor of the ECCB, Timothy N. J. Antoine said that the EC dollar remains strong with a foreign reserves backing of 91 percent.

“Forty years on our foreign reserves have grown from under EC$150 million to over EC$5 billion. Bank deposits have risen from EC$1 billion to over EC$24 billion; and our staff complement has increased from 55 to 272 with representation from every member country,” Governor Antoine said. “This evening, I confirm that our EC dollar remains strong with a foreign reserves backing of 91 percent.”

However, Governor Antoine said that all have not been smooth sailing.

“Our celebration of this milestone is especially gratifying because the past 40 years have been anything but smooth sailing. We have endured external economic shocks, hurricanes, volcanoes, recessions, and most recently, a pandemic.  But here we are, still standing,” he said.

“Lest we forget, our fair isles were not given much hope or help (hence our argument for reparatory justice) to survive.  After the demise of the British Caribbean Currency Board, the territories in the Eastern Caribbean pitched tent with Barbados and formed the Eastern Caribbean Currency Authority in 1965. However, when Barbados attained independence in 1966 and subsequently set up its own central bank in 1972, we were on our own.  Sir Arthur Lewis’ article styled “the Agony of the Eight” paints a vivid picture of the constitutional crisis and psychological pain of that moment,” the Governor added.

“So, what did we do? Fighting for survival, we came together and eventually formed the Organisation of Eastern Caribbean States in 1981 and the Eastern Caribbean Central Bank in 1983.  The rest is history,” he said.

He said that the ECCU (Eastern Caribbean Currency Union) is one of the strongest monetary unions in the world.

“Over this 40-year adventure, the ECCB has entertained and educated visitors from the European Union, the Bank of Central African States (which comprise 6 countries), and the Gulf Council (which includes Saudi Arabia, Kuwait, and UAE), all of which have sought the ECCB’s counsel on the making and sustaining of a successful monetary union,” he said.

He made a clarion call for the next decade to be “a strong decade of resilience and transformation—a big push”. He said the focus of the ECCU in those ten years should be on wealth creation, food and nutrition security, energy security and digital transformation. 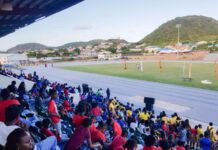 “This Government and This Ministry Will Solve the Water Problem”—Hon. Konris Maynard 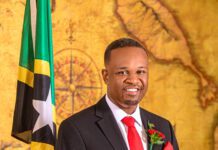 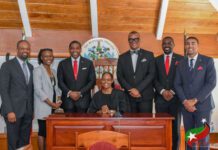 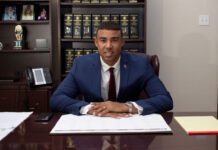