BASSETERRE, St.Kitts (Friday 14th February 2020) – A young man accused of committing the murder of 61-year Frederick Robinson of Boyd’s Village has been the subject of wide spread public discussion stemming from eyewitness claims that he had been using the victim’s vehicle after carrying out the criminal act.

Formally arrested and charged for the offence of Murder is 29-year-old is Clive Farara of the Village. He was charged on Tuesday 11th 2020 and is currently in police custody.

Four days after, via press release on Friday 7th February 2020, police informed that they had in their custody human remains found in a house in Boyd’s Village.

Reportedly, the discovery was made by police officers on the day before (6th February) sometime after 2 p.m.

The scene was processed by members of the Forensic Unit and the incident is currently being investigated by the Violent Crime Unit.

Police established, through their investigations, zoomed in on Robinson’s identity. An initial police statement indicated that tests would have been conducted to determine such.

A missing person’s flyer was not issued by police. However, this media house has gathered that one of Robinson’s relative placed such a related notice of concern regarding his whereabouts with a particular print media house last week.

“My dad Fredrick Robinson also goes by the name Jahman, 61 years old and was staying in St Kitts and unfortunately we haven’t heard from him since 11th December 2019. We have contacted the police but they are not responding or taking our concerns serious. This is unlike him and we are becoming very worried. He stays in the Boyd’s view housing project,” a statement in the Observer newspaper outlined.

It is alleged that the accused had been operating the deceased’s pick-up truck. Members of the public have been expressing shock in regard to such eyewitness claims.

Robinson is the second homicide victim in St.Kitts-Nevis for 2020 with both occurring on St.Kitts. 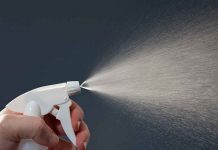 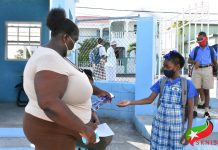