Basseterre, St. Kitts, January 26, 2019 (RSCNPF): Two more men have been charged in relation to a firearm and ammunition found during a stop and search operation on January 19 and one is still being sought by the Police.

Also charged for Possession of Firearm and Possession of Ammunition are Kevin Gaskin and Diondre Browne, both of New Road. Wanted by the Police in connection with the matter is Nyon Dasent of New Road for whom a Wanted Poster was issued. Any person knowing Dasent’s whereabouts is asked to contact the Basseterre Police Station at 465-2241, their nearest Police Station or to call the crime hotline at 707. 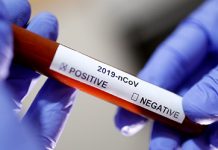