BASSETERRE, St.Kitts (Friday 25th June 2021) – “I love soca music. When Benjai said soca gives him powers, I felt that!” is part of the biography fun facts about a St.Kitts native and US- based trademark attorney Ozelle Martin, who was recently interviewed by a ESSENCE on the widely debated “J’ouvert” rum launch by well-known black American actor  34-year-old Michael B. Jordan.

Jordan, who is known for his role as Erik Killmonger in the hit 2018 movie ‘Black Panther’ recently had a weekend launch of his alcohol brand which was followed by an apology a few days after on Wednesday 23rd June 2021, after a storm of social media critics from the Caribbean community and an online petition signing demanding a name change.

The moviestar is also the boyfriend of Lori Harvey, the daughter of well-known talk show host Steve Harvey. Lori had publicly congratulated him on the launch of his rum brand on Instagram.

In response to the J’Ouvert criticism, via Instagram, Jordan stated: “I just wanna say on behalf of myself & my partners, our intention was never to offend or hurt a culture (we love & respect) & hoped to celebrate & shine a positive light on. “Last few days has been a lot of listening. A lot of learning & engaging in countless community conversations.”

“We hear you. I hear you & want to be clear that we are in the process of renaming. We sincerely apologize & look forward to introducing a brand we can all be proud of,” he said also.

Many Caribbean nationals, including Trinidad and Tobago, expressed outrage at the actor’s business move to use the word “J’ouvert”
accusing him of cultural appropriation because he is not of Caribbean heritage while some who chimed in on the topic say they see no problem with the actor’s brand label because he is a black man.

Additionally, it was pointed out by ESSENCE that Martin says she does understand why Caribbean people are concerned by this filing for the word J’Ouvert, despite the registration for rights to be used only in connection with the sale of alcoholic beverages.

“There are always exceptions to laws. There are West Indians who host carnival related activities in the United States and they are concerned that they may encounter difficulty when trying to federally register brand names that contain the term ‘J’Ouvert’ for their various entertainment events or brands. In my view, their concerns could be valid,” she said.

ESSENCE captured the following details in its article referencing the United States Patent and Trademark Office saying: “The declaration that “J’Ouvert” has no known meaning in a foreign language came from an examining attorney at the USPTO, Martin pointed out. A transliteration (i.e. a translation of a word or phrase) was initially provided with the application, connecting “J’Ouvert” with its known Caribbean meaning. However, the USPTO attorney amended the application stating that the term has no English equivalent.”

“As a West Indian, I understand why this part of the application would raise an eyebrow because it ignites a conversation on coined cultural terms in foreign languages and their significance in US trademark law,” Martin pointed out to ESSENCE.

ESSESENCE also spoke with Carla Parris, a Trinidad-based entertainment attorney and host of the web and TV series “The Business of Carnival”   who, according to that media house, has long advocated for the Caribbean entertainment industry to prioritize brand protection and hopes that this situation will bring about change.
“I am hoping that the move to trademark ‘J’Ouvert’ will cause discourse amongst our governmental agencies and cultural organisations within the Caribbean diaspora on another area of IP law called Traditional Cultural Expressions and Traditional Knowledge (TCEs),” she is quoted as saying.

In creole French language “J’Ouvert” (pronounced Jou-vay) refers to the break of dawn and is historically associated with emancipation from Slavery.
It is understood that J’Ouvert originated in Trinidad and Tobago with the Canboulay festivities.

J’Ouvert is the first official event on the carnival calendars to kick start annual festivities in the Caribbean region, including St.Kitts-Nevis for Sugar Mas.
For J’Ouvert jam session, many revellers take to the street before sunrise dancing about. 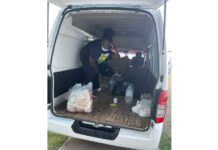 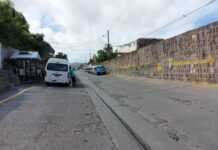 Superintendent Henry Addresses Too Many People Outside During Current Order 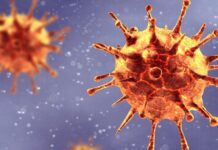 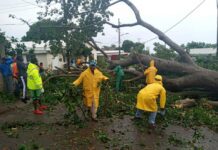 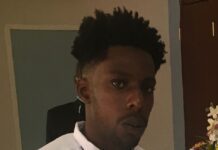