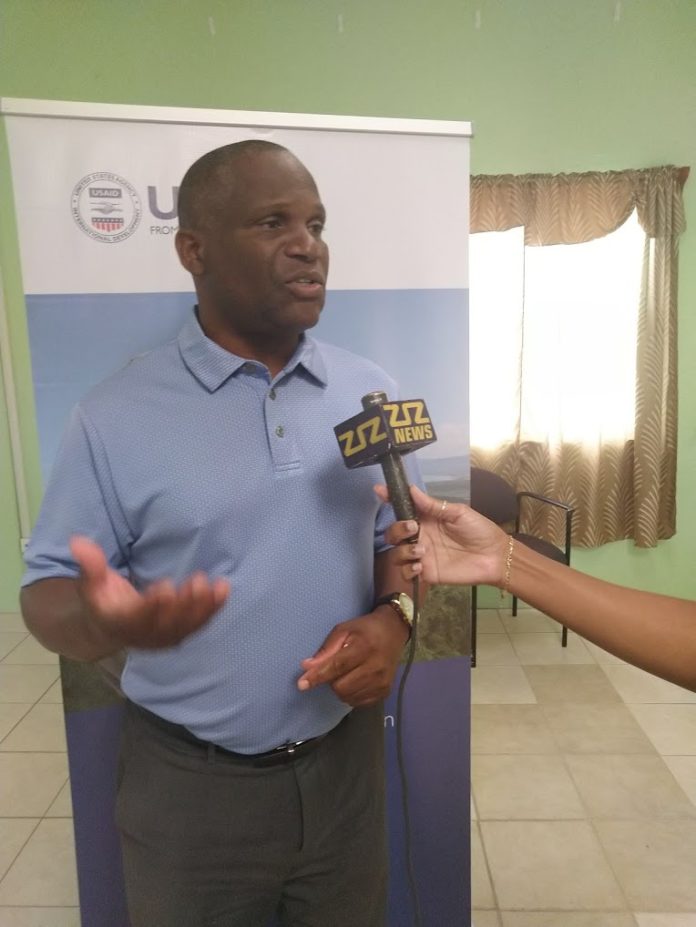 BASSETERRE, St.Kitts (Monday 17th June 2019) – Chief Executive Officer of Vh Communication and Marketing Agency Val Henry-who is a media professional- is advising members of the public to always stay in touch with main stream media such as newspapers and radio for information regarding disasters including hurricanes.

“The best advice that I can give to anybody especially when it comes to a disaster is to stay in touch with your main stream media for credible, reliable information because that is going to be the main source of information flow from a national agency like NEMA [National Emergency Management Agency]to the public.”

He was at the time responding to a question posed by this media house following a recent one day stakeholders meeting conducted at NEMA Headquarters located at Lime Kiln in Basseterre, hosted by NEMA in collaboration with St.Kitts-Nevis Information Services (SKNIS) and the United States Agency for International Development (USAID)/ The Office of U.S. Foreign Disaster Assistance (OFDA).

Henry continued: “ It doesn’t mean you must discount entirely social media but what it means is that you have to be extremely careful to sift rumours, fictitious stories, malicious intent by people as opposed to what is real and unfortunately too much of it we are seeing on Facebook and other social media platforms where information is being disseminated that is just blatantly wrong as some people like to say fake news, that is a term I don’t like to use but you don’t normally have fake news in mainstream media, you might have a misrepresentation or somebody may wrongly quote something but it is the intent, the intent of many social media players to present fake news to mislead the public to create chaos and to create confusion so in times of disasters, it is more important…to rely on  mainstream media-radio station, newspapers, television and online news and sources as well when it comes to these things.”

He has informed media workers that generally speaking the media has an important role to play when it comes to management of disasters regarding information sharing to the public and all the different publics and stakeholder groups.

Additionally, Henry pointed out that the media is also very important when it comes to mobilising a community whether it’s through disaster relief or for taking information regarding how a disaster is impacting the community.

“For instance, when we have hurricanes, one of the important roles that a radio station would play would have people calling from all over saying what is happening in their districts so that provides the ears and eyes around the country and national community for an agency like NEMA…” whether electricity poles are down, water is out, ghauts are running and where help is needed.

According to him: “The role of the media is an extended arm of NEMA to sensitize the public to make them aware and the other way around, to take information from the public that could be shared to stakeholder groups like NEMA. This is just the beginning in terms of what NEMA is trying to do in bridging the gap of partnership between an important agency and the fourth estate of any country-the media- when it comes to disaster management.”

Henry is encouraging the media workers to produce more content “in terms of disaster not only June to November as we tend to do but that we keep sensitizing the people and making the public more aware with more stories, articles about what is happening an different types of disasters.

He highlighted that disasters are not It’s not just hurricane whilst adding that “NEMA has been trying to do a lot of done a lot of work in terms of tsunamis…and earthquakes. We all live in prone areas. I live in an area in Frigate Bay where it is prone for tsunamis and all sort of activities so it’s something that we all as stakeholders and national community have to be aware of so my takeaway is that I have great prospects for enhanced partnership between the media and NEMA.”