BASSETERRE, St.Kitts (Friday 3rd July 2020) – The Opposition St. Kitts-Nevis Labour Party (SKNLP) is challenging, at the high court level, issues surrounding the 6 out of 8 seats lost in the 2020 general elections- conducted on Friday 5th June- with hopes that evidence of alleged bribery and other proof will see either the party’s candidates appointed or another go at the polls for voters.

On Friday 26th June, the party filed the six petitions for Constituencies Two, Three, Four, Five, Seven and Eight as Constituencies Six and Two were won.

SKNLP Leader and former Prime Minister Dr. Denzil Douglas, who is the elected Parliamentary Representative for Constituency Six, gave remarks outside the courthouse (The Sir Lee Llewellyn Moore Judicial Complex) located on East Independence Square Street in Basseterre, indicating that included in evidence found is that of massive bribery.

“We have found from the evidence that there was massive corruption, there was inducement, there was bribery in a massive way. Assets of the government, assets belonging to you the people used to bribe the electorate-the voters- as to vote for them.”

Dr. Douglas spoke while surrounded by his seven colleagues of the all-eight team and party supporters.

The Opposition Leader touched on the absence of international observers during the general elections.

Notably, a CARICOM Election Observer Mission arrived in the Federation on Wednesday 3rd June and a local observer team ,which saw an NGO (Non-Governmental Organization) coalition comprising of The Christian Councils and Evangelical Associations of St.Kitts and Nevis supported by the St.Kitts-Nevis Chamber of Industry and Commerce), monitored the election process.

Both bodies claim that the general elections were free and fair.

Dr. Douglas thanked supporters for the tremendous support provided whilst stating that the party and its candidates were treated unfairly for the elections.

The SKNLP is the only organisation on St.Kitts to have had a full slate of eight candidates contesting the general elections.

The Team Unity coalition made up of three parties- People’s Labour Party-PLP, People’s Action Movement-PAM and also Concerned Citizens Movement- CCM on Nevis) got 6 seats on St.Kitts and all 3 seats on Nevis, resulting in seats- 9 to 2 in the federal count.

The other successful SKNLP candidate is newcomer Dr. Geoffrey Hanley of Constituency One (East Basseterre).

The official election results, as given by the Supervisor of Elections Elvin Bailey concerning the eight constituencies on St.Kitts, are as follows: 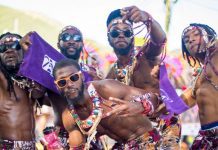 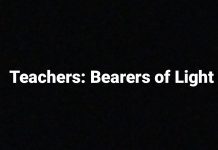 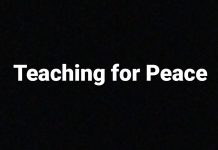