BASSETERRE, St.Kitts (Friday 17th July 2020)-  The opposition St.Kitts-Nevis Labour Party (SKNLP) says  Prime Minister Dr. Harris and other colleagues have refused to accept the Election Petitions that were served upon them by the Bailiff.

This news came via a press release issued on Friday 10th July 2020 -received by this media house at 11:19 AM- on the day when the first hearing of the matter was scheduled to take place but pushed back.

“The hearing in the Civil Court, which was expected to discuss the procedures and the case management of the petitions, was set to go before His Lordship Mr. Justice Trevor Ward, QC, today, June 10, 2020. Most regrettably, the preliminary proceeding in relation to the hearing of the six Election Petitions has been rescheduled for Friday, July 17, 2020. What will the Harris regime do next to delay matters further?” The SKNLP stated.

According to Opposition Leader and elected Parliamentary Representative for Constituency Six Dr. Denzil L. Douglas: “The long arm of Justice will hold them to account regardless of how much they resist.”

“If Harris and Powell have nothing to hide then why are they engaging in kangaroo tactics to avoid facing the music in the courts? Come hell or high water, Harris, [Jonel] Powell and others will have to answer the petitions,” he said.

The Opposition body is of the view that: “In an effort to avoid the court proceedings brought on by allegations of widespread electoral fraud and corruption, Timothy Harris, Prime Minister of St. Kitts and Nevis, as well as other members of his regime have deliberately refused to accept the Election Petitions that were served upon them by the Bailiff.”

The SKNLP is putting forth that: “Court action was taken following a thorough investigation based on reports submitted by polling agents of the St. Kitts-Nevis Labour Party as well as independent eye-witness accounts which exposed massive corruption, illegalities, irregularities and stunning allegations of bribery. Taken together, the SKNLP is of the conviction that the results of the June 5th General Elections do not reflect the will of the people and therefore must be challenged.” 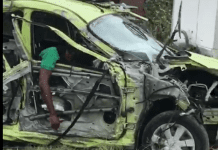 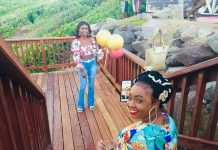 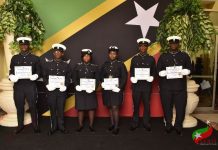 POLICE LINEAGE RUNS DEEP IN THE GRADUATES OF COURSE #44