BASSETERRE, St.Kitts (Friday 19th June 2020) – Observant voters have been identified by Opposition Leader of the St.Kitts-Nevis Labour Party (SKNLP) and elected Parliamentary Representative for Constituency Six Dr. Denzil Douglas  as being among those who have provided information to support the party’s allegations of unfairness that took place during the 2020 general elections in St.Kitts-Nevis.

“From what we are hearing from the workers [and] from not even those who were workers but those who were voting, who may not be affiliated with the organisation of the Labour Party, have made it absolutely clear that something went wrong during the conduct of this particular election,” he remarked while appearing on a recent edition of ‘Issues’, aired on Freedom FM on Wednesday 10th June.

Dr. Douglas echoed the party’s position about “irregularities” that happened during the 5th June polling day, indicating that such has “to be looked at very seriously.”

“Those who believe that our democracy simply is determined by what happens on Election Day, I say very forcefully, that is not so at all. We cannot accept the mere counting of the ballots  without looking at the conditions and circumstances under which those ballots were counted  or circumstances under which people voted that they would be just simply ignored because there is someone named to have returned after the election would have taken place in that particular constituency.”

“We will develop a strategy to move there from having looked at the information and the data that would have been collected and inform you as to exactly what we would do,” he said during that live broadcast SKNLP-sponsored programme.

According to Dr. Douglas: “This party is too deeply entrenched in the annals of the history of this country in terms of its stance that it has taken  for over  eighty (80) years  to ensure that our right to vote  is not only sustained  but that there be free and fair  elections which are also free from fear.”

The former prime minister compared the handling of the February 2015 general elections compared to the most recent one saying: “We went through an election in 2015; no one could have complained that the type of irregularities that we saw one week ago could have ever taken place  under our watch , and that is  why we believe that this must have been deliberate when persons who are activists can handle the ballot boxes on  the morning as if they are officials of the government, officials of the electoral  system, officials under the commands of the Supervisor of Elections , then we know that something must have been sinister and wrong.”

“And these are the circumstances on which we are here expressing, however our thanks to those who pursued their duties with a sense of responsibility and dedication. We therefore thank those officers who maintained security, those who conducted themselves in a way that was appropriately supportive of the continued democracy that we’re trying to strengthen by having elections and by having governments elected,” Dr. Douglas commented further. 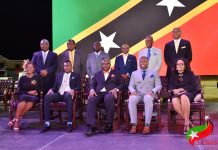 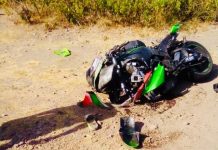 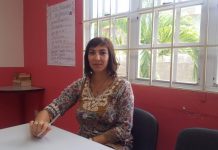