The Ministry of Sports made a financial contribution to Jahzara Claxton through her parents that will be used to develop her sporting skill further and to offset expenses while she is away as a member of the West Indies Under 19 Female Cricket Team.

Minister of Sports, the Honourable Samal Duggins, presented the contribution to Jahzara’s mother Ika Francis and father, Frank Claxton, during a brief handover ceremony on Wednesday (November 08, 2022) at the Minister’s office

Minister Duggins said that the Ministry is proud of the young, talented two-sport athlete who continues to make the Federation of St. Kitts and Nevis very proud. She has represented the country on the international field in cricket and football.

“We see a very talented young woman in Jahzara and we are happy to support that talent financially and otherwise from a national level and as [the] Minister of Sports, I just want to congratulate the parents and Jahzara personally for the hard work and talent that she has displayed as a national athlete in both sporting endeavours,” the Sports Minister stated.

The Sports Minister offered heartfelt congratulations to Jahzara. “We hope to hear about your further success on the international stage as we celebrate you here in the Federation,” he said.

“We would like to express a heartfelt thank you to the Ministry of Sports and the people of St. Kitts and Nevis for the donation made to our daughter. We are very proud of her and we want to see her go to the highest. We wish her well, and we thank you all very much for the support,” Mr. Claxton stated.

According to www.windiescricket.com, Jahzara was selected as part of the Women’s U19 squad for the upcoming tour of India. The upcoming tour will feature matches against India ‘A’ Women U19, India ‘B’ Women U19 and Sri Lanka Women U19 in Visakhapatnam at the Dr Y.S. Rajasekhara Reddy International Cricket Stadium. West Indies will then travel to Mumbai where they play against New Zealand Women U19 at the D.Y. Patil Stadium. 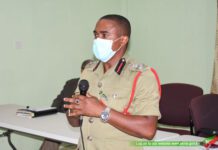 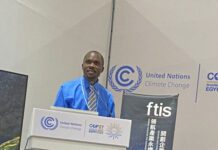 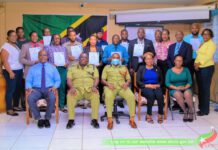 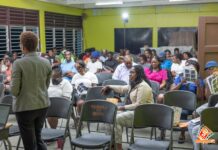 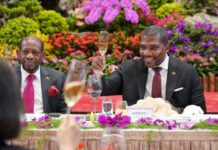 Foreign Affairs Minister Douglas Reflects on Nigh Four Decades of Friendship Between St. Kitts and Nevis and Roc (Taiwan)