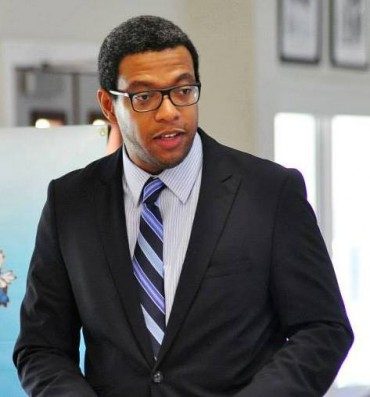 BASSETERRE, St.Kitts (Friday 13th March 2020) – Social media users threatening violence in reference to resident judge Eddy Ventose- from St.Lucia- has caused local and regional judiciary groups to be concerned for his safety and are calling on wrong doers to stop behaving in such manner.

This subject matter is linked to a recent ruling made in the court court case involving two public figure lawyers and Lindsay Grant and Jonel Powell-who are both government officials- whose former client Tanzania Tobing Tanzil is accusing them of misappropriation US$460,000 for which they are exepected to appear before a dicsiplinary committee according to the latest development.

To this media house’s knowledge, three associations namely the Bar Council of the Federation of St Kitts and Nevis followed by the OECS Bar Association and the Organisation of Commonwealth Caribbean Bar Associations (OCCBA) have publicly addressed the issue via statements.

“We have found specifically a few Facebook posts containing both open and suggested passing dangers and dangers of viciousness against the Honorable Judge and in any event, actuating savagery towards him. We call upon those people dependable to promptly stop this instant from the apprehensive and disparaging assaults by means of web based life and wish to caution other people who may harbor comparative aims to halt from so doing,” the OECS Bar Association disclosed in a statement issued on Monday 9th March 2020.

That association is calling upon “the authority of the police administration in the Federation of St Kitts and Nevis to treat truly the dangers against Justice Ventose and to lead a quick obvious and careful examination.”

Additionally, being called upon, too, is “the State to guarantee that satisfactory increased security is kept up for Justice Ventose and other legal authorities despite the present dangers.”

On Friday 6th March  President of the St Kitts and Nevis Bar Association Dahlia Joseph Rowe in condemning the attacks asked individuals to respect the office of the judge and pointed out that personal attacks on a judge are unacceptable.

She added in part: “While members of the public are entitled to express their views they must do so lawfully and responsibly. We urge persons to exhibit respect at all times for the office of the Honourable Judge. Personal attacks on a judge are unacceptable and unwarranted regardless of the circumstances. If a party is dissatisfied with the ruling of a judge the judicial process provides an avenue to challenge such a ruling.”

Rowe also talked about the security measure saying: “Whatever security measures are required to guarantee the safety of the judge must be implemented by the relevant authorities as a matter of priority. This being an election season in St Christopher and Nevis, we urge the leaders and senior members of the respective political parties to lead by example and encourage your supporters to be civil, respectful and responsible in their discourse at all times.”

Meanwhile, on Tuesday 10th March, the (OCCBA) in its expressed joint solidarity on the matter condemned “the scurrilous and unwarranted attacks on Justice Eddy Ventose following his delivery of a judgment on 27 February 2020 in a matter involving certain public figures.”

“We recognise that the Federation of St Kitts and Nevis is in election mode which carries with it inflamed passions and robust exchanges. Such must never extend, however, to threats of violence against anyone, moreso judges in the discharge of their duties.”

That organization, too, appealed to all political leaders to address their supporters.

“OCCBA calls on leaders on all sides of the political divide to counsel their supporters against all forms of violence and threats of violence and to respect decisions of the court even in circumstances where there may be good grounds for justifiable criticism and dissatisfaction. Appropriate avenues of appeal exist to challenge the rulings and correct the errors of High Court judges and other judicial officers.”