BASSETERRE, St.Kitts (Wednesday 26th October 2022)-Lanein Blanchette, the newly-elected speaker of the National Assembly has publicly said that she will be “firm” and “fair” with everyone.

She made the disclosure during her remarks at the official opening of parliament (under the newly-elected St.Kitts-Nevis Labour Party administration), on Tuesday 25th October 2022 held at the St.Kitts Marriott Hotel in Frigate Bay.

“…to the members of this honourable house as well as the citizens of our beloved Federation, please be assured, I intend to be firm. I intend to be fair. I intend to be impartial, honest and respectful at all times and to everyone. Thank you and God bless us all,” Blanchette stated.

Speaker Blanchette highlighted the conduct she expects of all parliamentarians saying: “As parliamentarians, we each have very important roles in this honorable house to execute. To this end, I look forward to the said roles being discharged in a dignified and respectful manner.”

Furthermore, she has advised: “Importantly, members of this honourable house, and as cliché as it may be, to whom much is given, much is expected.”

Having reiterated her gratitude to the honorable members of cabinet for electing me to the position of speaker of this honorable house, she expressed: “It does not escape me for a moment, the enormous responsibility that you have bestowed upon me. I wish to thank my family for their consistent support in every facet of my life today being no different. You have been a constant source of support and I am eternally grateful. To my dear friends, former coworkers, colleagues, thank you for your support and your reassurance.”

Prime Minister Dr. Terrance Drew nominated Blanchette as the speaker-elect which was seconded by Premier and Opposition leader Mark Brantley. Following the motion by elected government parliamentarian Konris Maynard for nomination to cease, the ‘Ayes’ had it in favour of the new speaker.

Blanchette made special mention of a former speaker Curtis Martin, “to thank you for his learned guidance and for answering his phone whenever I called for advice and/or clarification. I must note that Mr. Martin has the faith and patience of Job as described in the Bible as I can assure you, I called him a number of times and he always answered.”

Additionally, she thanked the people of St. Kitts and Nevis whom have expressed their best wishes for this, my role.

“Yesterday, news of my possible election to the position of speaker of this honourable house became public; my phone has not stopped ringing. I am humbled and deeply appreciate of the overwhelming support I wish to extend heartiest congratulations to all members of the National Assembly and a special welcome to the members who are serving for the first time.”

Blanchette commented on the increased number of female parliamentarians.

“Honourable members a positively glaring feature of the current make up of this honourable house is the increased number of female parliamentarians. Gender equality is a topical issue in the world at large, and I am delighted to see the progress that we as a country have made in this regard. When we empower women as leaders and decision makers, the community and the economy benefits. Having female leaders in positions of influence allow them to serve as role models, which is not only critical to the career advancement of women, but stands to generate broader societal impacts on pay equity, changing workplace policies in ways that benefit both men and women and attracting a more diverse workforce. May we continue to ensure that women have a seat at table.”

The immediate past speaker is Michael Perkins. 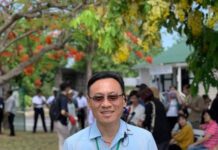 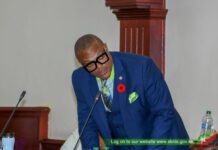 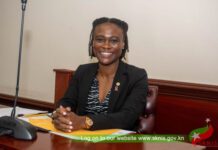