The Court of Appeal in Britain this week overturned the convictions of 14 men sentenced for their involvement in pickets in 1972.

Trade unionists who picketed during the national builders’ strike were charged with offences including unlawful assembly and conspiracy to intimidate.

Lawyers for the so-called Shrewsbury 24 had argued the destruction of witness statements made their convictions unsafe.

The Royle Family star Ricky Tomlinson was among those convicted. He was jailed for two years.
Speaking after the verdict, he said: “It is only right that these convictions are overturned.”
Six of the 14 who brought the action have since died, including Dennis Warren, who was jailed for three years.

Mr Tomlinson added: “My thoughts today are with my friend and comrade Des Warren.
“I’m just sorry he is not here today so we can celebrate, but I’m sure he’s with us in spirit.”
Speaking at the Royal Courts of Justice in London, Lord Justice Fulford said: “These 14 appeals against conviction are allowed across the three trials and on every extant count which the 14 appellants faced.”
But he added: “It would not be in the public interest to order a retrial.”

In its written ruling, the Court of Appeal allowed the 14 appellants’ appeals on the grounds that original witness statements had been destroyed.

Trade unionists travelled to demonstrate from one site to another and in September six coach-loads of strikers demonstrated in Shrewsbury and Telford.

Police arrested none of the demonstrators that day but five months later the picketers were charged and subsequently convicted.

Lord Justice Fulford wrote: “If the destruction of the handwritten statements had been revealed to the appellants at the time of the trial, this issue could have been comprehensively investigated with the witnesses when they gave evidence, and the judge would have been able to give appropriate directions.
“We have no doubt that if that had happened, the trial process would have ensured fairness to the accused. Self-evidently, that is not what occurred.

“By the standards of today, what occurred was unfair to the extent that the verdicts cannot be upheld.”
Lawyers had argued the broadcast of a documentary about communism during the trials was “deeply prejudicial”, but the Court of Appeal dismissed the claim that the Red under the Bed documentary might have made the verdicts unsafe.

*’Serious questions’*
Arthur Murray, who was convicted of affray and unlawful assembly and sentenced to six months, said: “We were innocent all along, yet it has taken us nearly 50 years to clear our names.

“Sadly, my mother and four of my siblings have passed away without knowing that we were innocent.
“Serious questions need to be asked about the role of the building industry bosses in our convictions and the highest offices of government who all had a hand in our trial and conviction.
“Make no mistake, our convictions were a political witch-hunt.”

Mr Tomlinson, from Liverpool, echoed his remarks, saying: “We were brought to trial at the apparent behest of the building industry bosses, the Conservative government and ably supported by the secret state.
“This was a political trial not just of me, and the Shrewsbury pickets – but was a trial of the trade union movement.”

Terry Renshaw, a former Flintshire mayor, who was convicted of unlawful assembly, paid tribute to the campaign’s researcher, Eileen Turnbull, who worked “tirelessly” to obtain “crucial evidence”.
She uncovered a document in the National Archives which were part of the prosecution papers and revealed for the first time police had destroyed some of the original witness statements.

Mr Renshaw added: “It’s been 47 years. I’m just so emotional. I didn’t think it would hit me like this. I am no longer a criminal.” 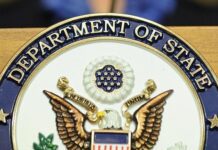 St. Kitts and Nevis Flagged in US Report for Corruption, Sexual Assault and Workplace Issues 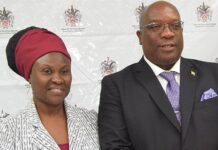 CPO: Your bachelor’s degree is your personal development 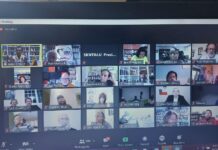