BASSETERRE, St.Kitts– Calls placed to the police about multiple sounds of gunshots heard in the McKnight community on Wednesday afternoon (7th June) were actually fireworks, according to a police source interviewed by this media house.

As gathered, after police officers arrived on the scene, it was determined that the sounds were not of gunshots but of fireworks.

The explosive sounds were heard within the vicinity of the Burdon Street and Malone Avenue sometime after 1:00 PM that day.

Reportedly, the officers who arrived on the scene and met no one in the area, were told by residents that it “was just some little boys playing around.”

Asked about the view of the authorities on an incident of this nature, the police source stated: “The police strongly discourages the use of such fireworks by members of the public.” 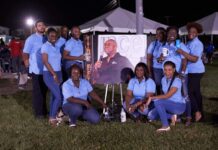