Mover of the Bill and Minister responsible for Investment, the Right Honourable Dr. Denzil Douglas described the amendment as simple, but significantly important.

“The Bill, therefore, that is before us is of extreme importance. I have taken time to whet the appetites of my colleagues who will come after me, but also to give guidance to the citizens of our country that the Government is not yet three months old but it is fast at work on their behalf because there is a lot of work to be done especially in the area of investment,” said the Right Honourable Dr. Douglas.

Minister Douglas said that the successful passage of the Bill will create opportunities for job creation.

The Bill was supported by members on both sides of the aisle. 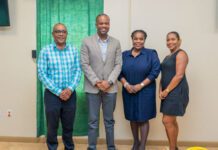