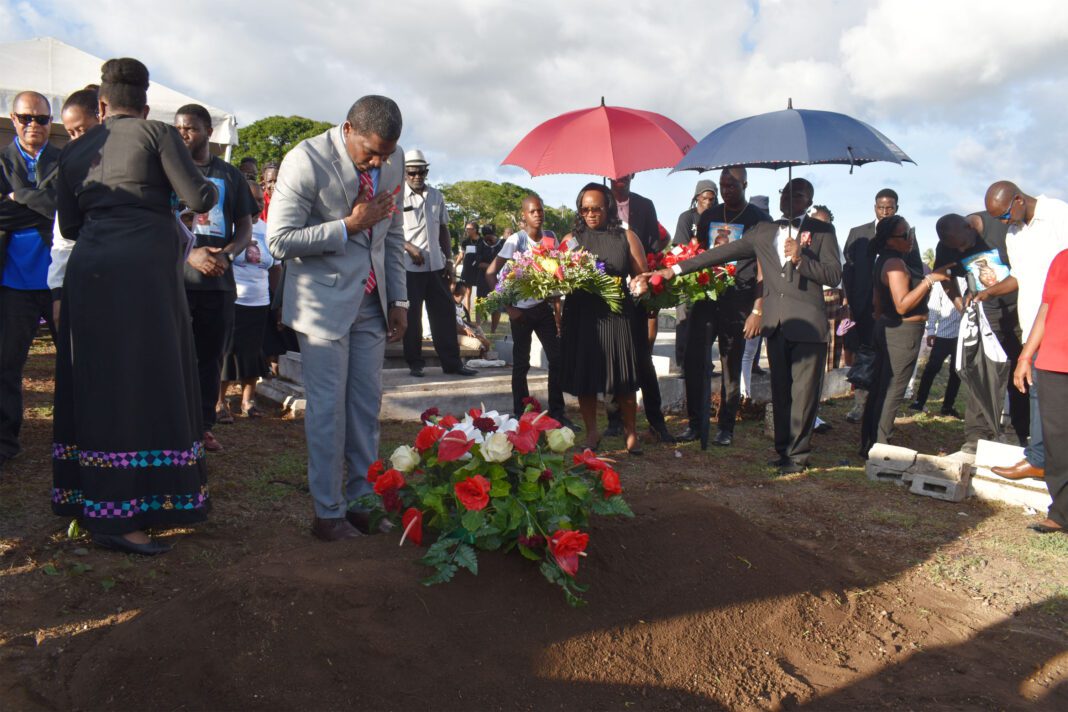 “We are here this afternoon, saying goodbye to our dear comrade,” said Prime Minister and Minister of Health et al, the Hon Dr Terrance Drew. “She has been an ardent supporter and the circumstances under which she lost her dear life are very tragic of course, but we are here as the Leadership of the St. Kitts Nevis Labour Party to demonstrate our strong support.”

“As we go through this difficult period, I want to say to the family that we are here to support them,” said the Honourable Prime Minister at the Springfield Cemetery where the body was interred. “We extend our deepest condolences and we will always remember their family who would have contributed so much to our organisation. So today is difficult and challenging and painful, but we are here to show our support.”

Hon Marsha Henderson, the Minister of Tourism, Civil Aviation, International Transport, Employment and Labour, and Urban Development, who worked closely with Ms Lynette Elizabeth Nanton at the constituency level, was most emotionally affected by the loss and had to be physically supported by Deputy Prime Minister the Hon Dr Geoffrey Hanley as she paid her tribute at the church.

“I remember when I first met Lynette, and she was so very eager to join the campaign and work with the members of our team,” said Hon Henderson as she fought back tears. “In no time, her presence both in the constituency office and during the canvassing efforts became a staple. Lynette was loved and Lynette was liked. I have never seen her without a smile on her face. She was always so upbeat and her cheerfulness was practically contagious.”

According to the Honourable Minister, Ms Nanton was always ready and willing to help, and offered her assistance to the cause and wherever she could. She noted that she was particularly touched by the strong support Lynette had for her during the political campaign, pointing out that Ms Nanton was front and centre of every public meeting and on occasion she even shared flag waving duties with another Labour Party loyalist, Cutie.

Hon Henderson commented that while to some Ms Nanton may have been seen to be just a fan for the action or a fan of the Labour Movement, that was not so. She pointed out that while Ms Nanton’s understanding was limited in some ways, she genuinely believed that her family and herself deserved a better life, and that the better life would come with a Labour Government.

“Lynette will be deeply missed by all of us,” concluded Hon Henderson. “As a constituency and a team, we will ensure that we keep her memory alive. Let us as a people strive to embody the very best of Lynette. Let us be inspired to become the Lynette embodiment of cheerfulness, helpfulness and kindness. May the Nanton family find solace and peace and may the soul of our dearly departed Lynette rest in eternal peace. We love you Lynette, and we will always love you.”

Tributes were paid by members of her family at the church, some virtually by those living overseas, and the St. Kitts Nevis Labour Party Constituency Number Two Branch by song. The congregation was however moved by Ms Lynette Nanton’s eight-year-old son Master Treshaune Nanton who paid tribute with a guitar to his departed dear mother by rendering Bob Marley’s Let’s get together and feel alright.

Delivering the eulogy, Ms Carol Boddie noted that Lynette was a hard working lady especially when it came down to the Labour Party which she supported and rallied for to the end.

“Lynette was asked what job she would like to do and the reply was even if it was sweeping the floors because that was her passion,” said Ms Boddie, whose final words to Lynette were: “Treshaune (the eight year old son) is in great hands my sister so don’t stress look over him and rest easy – we love you.” 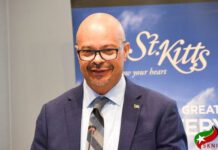 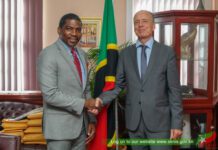 Prime Minister Dr. Drew Holds Bilateral Talks With Ambassador of the Kingdom of the Netherlands 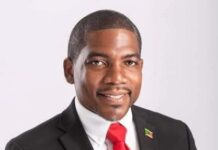