BASSETERRE, St.Kitts (Thursday 30th September 2021)- Stanley Knight, 57, an immediate past Permanent Secretary in the Ministry of Sports, Youth and Culture has been charged with the offence of Indecent Assault, weeks shy of the two-year time period when the incident took place.

The latest development has been a current widely debated hot topic about this well-known public figure.

This media house understands that he is also a former educator.

Information coming from the Police Public Relations Department indicates that on Monday 27th September 2021, Knight of Dorset Village, was convicted for the offence.

As reported, he was found guilty by a majority verdict of 10-2 for the offence which was committed on October 31, 2018.

Police say the Judge ordered the preparation of a Social Inquiry report by October 25, 2021. Knight is currently remanded at Her Majesty’s Prison pending his sentence. 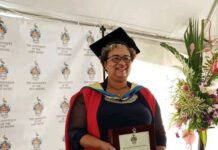