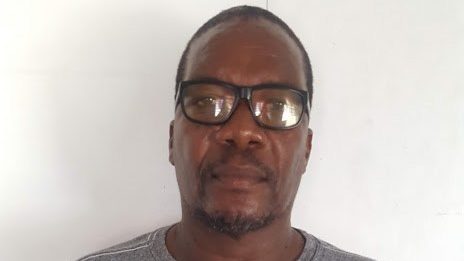 BASSETERRE, St.Kitts (Friday 26th July 2019)-Businessman Wilmoth Doyling of Doyling Backhoe and Trucking Services has put off plans to host a ‘tell it like it is’ type of public meeting that was slated to take place today (Friday) on Bank Street in Basseterre.

Yesterday (Thursday), this media house was contacted by him and provided with an update of the subject matter.

In last week’s sit-down interview session, he told this media house “I have a lot to say” at the public meeting. However, in giving the update yesterday, he was tight-lipped about what has led to the scheduled meeting no longer taking place when asked, giving the response: “I don’t even know what to say.”

In seeking clarify on whether the meeting has been cancelled or postponed, Doyling told this reporter: “It is put off for now” whilst adding “I know that people were really looking forward to it.”

In a November 2018 interview, Doyling shared that he had been doing work with the National Housing Corporation (NHC) since 1997 and that when he started, he did most of his work through NHC which he counts at about 75% of the jobs he carried out compared to the private work he did.

He claimed that after the government changed over three years ago, he realised that for a while things would be slow in saying “After a while, I realise that I wasn’t getting no calls from NHC.”

Doyling had also indicated that after exercising a bit of patience, he noticed the small jobs had stopped.

Following the turned sour relationship with NHC, Doyling attempted to speak with his parliamentary representative Lindsay Grant of the People’s Action Movement (PAM) but to no satisfaction.

In June 2017, he protested outside government Headquarters and was approached by Grant who asked why it had to lead to such action.

Before confirming plans to have the public meeting, Doyling said he spoke with Prime Minister Dr. Timothy Harris and Premier Mark Brantley to help address the situation.

In last week’s interview with this media house while promoting the public meeting, he had commented: “It has been over two years ago and nobody even look into my situation to say nothing to me. I made the demonstration since 2017. I went on the radio last year and up to now nobody come to me wanting to know what my problem is or what is the situation so I just decided to have a public meeting and to tell the public my story because they (those in authority) are treating me like I’m nobody, like I don’t exist so I’m going to bring my story to the general public and let the public know my story.”

To date due to his financial business situation, he has sold one of his trucks which he owned for over 10 years.