At the 2017, World Economic Forum (also known as The Davos Conference) held in March, a special session was devoted to an examination and consideration of what has been termed ‘The Middle Class Crisis’, but which essentially is about the growing levels of economic inequality all across the globe.

Most of the problem seems to be related to reductions in employment prospects coupled with a steady decrease in income levels in many economies, developed, developing and under-developed alike. The general feeling is that policy makers have been ignoring these trends and have been doing little or nothing to redress them and their outcomes.

This has all given rise to the burning question ‘what can be done to restore growth in the middle class and confidence in the future?’

Needless to say relatively smaller numbers even venture to consider the far worse plight of the poor and down-trodden, and how they may be helped to lift themselves to more humane levels of common existence.

Professor Noam Chomsky, Institute Professor Emeritus at the Massachusetts Institute of Technology (MIT), is one of the leading social scientist in the world. He is the author of over 100 books on topics as varied as socialism, the mass media, linguistics, politics and war, to name only some. A staunch opponent of the Vietnam War, he had the ‘honour’ of being placed very highly on President Richard Nixon’s “List of Enemies”.

For decades, Professor Chomsky has been warning America and the world about the ever increasing disparities in income levels, in both monetary and real terms, but very few appear to have been sufficiently moved by his warnings to take up the struggle in any real or meaningful way. He has written on the distribution (and re-distribution) of wealth, raised questions such as ‘Is the free-market really free? Is it really democratic?’, and one of his leading works is titled ‘Keeping the Poor Frightened’.

On the global scene, the situation is bad enough to be the cause of increasing concerns. Indeed at The Davos Conference the special session was labelled “Squeezed and Angry: How to Fix the middle Class Crisis”.

In The United States, the matter appears to have risen to truly worrisome levels and is gaining traction. Indeed, the matter of income inequality as well as the need for a re-distribution of wealth were some of the main items addressed by US Senator Bernie Sanders throughout his presidential election campaign, and they were items which attracted the attention of huge numbers of ordinary people.

All through the ages, people have agonised over the effects of living in societies in which there were large disparities in wealth. A common result has been that those who ‘have’ feel threatened by those who do not, so the well-to-do always try to suppress those who do not have. 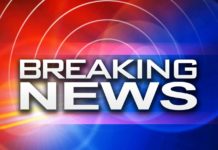 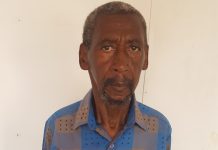