BASSETERRE, St.Kitts (Thursday 31st December 2020)-“It’s a good thing that I always follow the COVID-19 safety protocols. I had on my face mask the whole time of driving the passenger and when I checked in my mirror from time to time on the way to the airport, I noticed that he kept on his face mask all the way.”

Speaking exclusively to this media house, so said a certified taxi operator in talking about a recent incident which saw him responding to a personal pick-up call from a client for transportation from a hotel to the RLB International Airport which unknowingly to him was the request of a recovering COVID-19 patient from the US attempting to leave the island without being cleared to do so the day after Christmas-Saturday 26th December 2020- which was a holiday.

According to the taxi driver, who chose to remain anonymous “This was a serious breach of security” as he criticized how seemingly easy it was for that passenger to leave the hotel premises without security officers and other relevant personnel being able to stop such an attempt before the guest left the hotel.

“I could have easily been exposed to the virus and taken it home to my family. I was just doing my job responding to that pick-up call from that client” he further said.

As understood, immediately following the incident, he was contacted and interviewed by the relevant health authorities who gave him the all clear.
The taxi driver shared also that his vehicle was professionally sanitized the following day and was ready for use the next day.

Furthermore, he is appealing to the relevant authorities to ensure that strict measures are put in place at all times to prevent such an incident from happening again.

Police have identified the individual as 33-year-old George Mc Cumisky of Texas, United States of America.
As reported, he was convicted on Wednesday 30th December for breaching his quarantine conditions.

Police say Mc Cumisky, who recently tested negative twice for COVID-19, has since paid the fine and was set to leave the Federation that Wednesday afternoon.

Police say preliminary investigations revealed that the guest called a certified taxi operator using a fake name and left the hotel without properly checking out.

“The guest, who is a citizen of and resides in the United States of America, was in isolation at the hotel. After receiving information that the guest had left for the airport, the SSU responded appropriately attired in full personal protective equipment. The individual was found in the departure lounge at the R. L. B. International Airport. The patient was escorted to a government designated quarantine site and is under the supervision of the security forces and members of the Compliance Task Force,” the statement read.

It was pointed out then that the Ministry of Health and the police were continuing investigations into the matter and that criminal charges were likely to be laid. 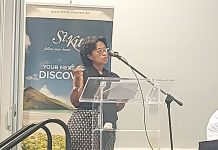 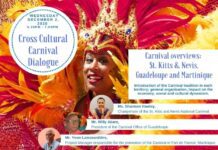