BASSETERRE, St.Kitts (Friday 19th March 2020) – A written question by Opposition Leader Dr. Denzil Douglas intended for Prime Minister Dr. Timothy Harris in parliament on Thursday 18th March 2021 about $800,000 COVID-19 vaccine order said to have been placed by government got the response of Speaker Michael Perkins who did not allow the question to be verbally asked, pointing to Standing Order 20 as being the reason why.

Having indicated it would be the first time for questions to be posed in that National Assembly session, he highlighted “a particular Standing Order which speaks to how questions should be posed, and it is standing Order 20 1(C) states “If a question contains a statement or fact, the member asking it shall make himself or herself responsible for the accuracy of the statement and no question shall be based upon a newspaper report or upon an unofficial publication.”

He then expressed in relation to Dr. Douglas’ second question: “Having said that, honourable member for Number Six, looking at the question that is listed on your paper, you speak of a specific amount of US dollars -800,000 so on that note could you advise this honorable house as to your source of that particular dollar amount given that it is clearly a statement of fact.”

“No question shall be based upon a newspaper or on an unofficial publication.  You speak of a certain amount of US in the region of  so on that note could you advise the honourable house  as to your source of that particular dollar amount  given that it is clearly a statement of fact ,” Speaker Perkins said to Dr.Douglas Parliamentary Representative for St. Christopher Six.

The Opposition Leader replied: “Mr. Speaker, I’ll gladly do so because there is a video with the Prime Minister at a church service making that specific statement which I can make available to you if you wish to have it. Secondly, in this National Assembly during the budget debate I think it was, I specifically asked the Prime Minister that question, the same amount and he said yes he took money tax payers’ money and paid $800,000 for the COVAX vaccines. That’s what he said. That’s what he said. I specifically challenged him and he specifically repeated what he said in the church service $800,000…I asked whether it was US or EC; I even went that far.”

Addressing a remark from PM Harris, Dr. Douglas commented “You said EC. That’s what you said. I can only judge from what you said and the question is posed based on what transpired in this National Assembly Mr. Speaker.”

Speaker Perkins advised that “based on what you have just said based on what the member for Number Seven the honourable Prime Minister has said, there is a conflict. The two positions are not the same and in fact your question has in US dollars…In your statement just now while on your feet, you spoke of $US and you also spoke of $EC so clearly we have a difficulty. That being the case honourable member, and again going strictly in accordance with the Standing Order, I will not allow this particular question at this time.”

The Speaker told that Dr. Douglas provide “documentary evidence” before he allows the question “because if I allow the question, it is going to lead to a debate and on question, there should not be any debate. A member simply poses a question and an answer is simply given and we move on. So my ruling is that I would not allow this question to be posed based on the guidance under section 20 (C) of the standing order 20 1 (C) to be specific.”

“I have made my decision so we will not have any further discussion or debate with respect to this particular question. At the start of questions, I said I would make a statement on the conclusion of the questions being posed and answered. I am now going to make that brief statement. Following that statement, I am open to entertain comments, questions from honourable members but not relating to my decision at this time so having allowed that first question and disallowed the second question, I wish to state and I alluded to it when I began at first by saying this is the first time that we’re seeing the conduct of questions well in this session and in the last session,” he stated further.

Speaker Perkins recalled that the last time questions were posed in the National Assembly would have been sessions between probably 2010 and 2015.

In November 2020, a video circulated via social media-particularly WhatsApp and Facebook, captures PM Harris talking about the country awaiting for the arrival of the COVID-19 vaccine saying such may become available in March 2021.

“We have already paid down nearly $800,000 to ensure that St.Kitts and Nevis is not left behind,” he states.
Some members of the public have been wondering openly about the arrival status of those said to have ordered vaccines. 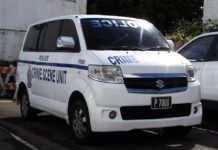