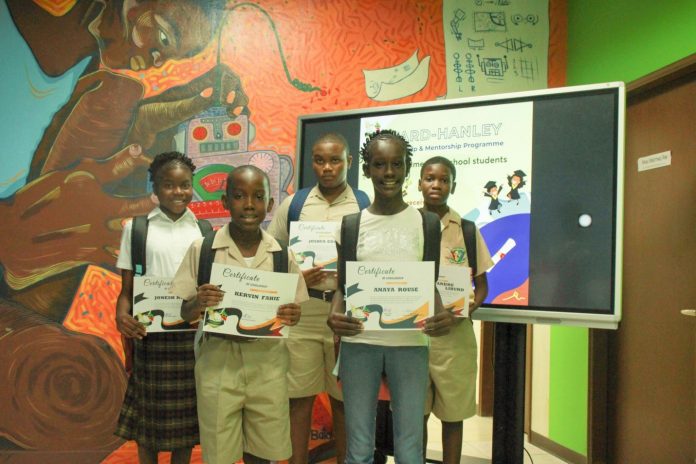 Basseterre, St. Kitts (September 9th, 2020)—Five awardees have been chosen for the inaugural Ward-Hanley Scholarship and Mentorship program scholarship provided by the St. Kitts National Youth Parliament Association (SKNYPA).  The award ceremony was held on Tuesday 8th September, 2020 at the Innovation Hub at the National Information and Communications (ICT) Centre. These students are Kervin Fahie, Dequandre Liburd and Joshua Edgar of the Cayon High School, Jonesh Rogers of the Washington Archibald High School and Anaya Rouse of the Charles E. Mills Secondary School.

These new high school students will receive a back-to-school material package which comprises of school uniforms, backpack with school supplies, three hundred and fifty dollars to cover additional school expenses and 1 year mentorship from members of the Association to aid in their transition to high school.

Dr. the Honourable Geoffrey Hanley provided brief remarks at the ceremony and encouraged parents to support their children in whatever they do and urged the five awardees to take responsibility in charging their own destiny.

The scholarship is named after the Association’s founding fathers and honorary members, the Late Desmond E Ward (founding member) and Hon. Dr. Geoffrey Hanley (founding member) for their work in youth development. SKNYPA is preparing to celebrate its 19th anniversary and saw it fit to give back to the nation’s youth especially in the midst of the Coronavirus pandemic.

SKNYPA is a non-profit, non-governmental, non-partisan youth organization launched on September 13th 2001 under the motto “Equality and Justice in Nation Building”. The impetus to form an association was born in 1999, after Dr. Geoffrey Hanley, an officer in the Department of Youth Affairs, had earlier that year attended a regional Youth Parliament Sitting in the Bahamas. Upon his return, he held meetings with his ministerial heads and came up with the idea for the formulation of a local Youth Parliament that would continually debate issues of youth interest in the National Assembly Chambers and then participate in regional and international forums with more experience and skill. He collaborated with the late Desmond Ward, then Parliamentary Coordinator, who endorsed the idea and lent his expertise and experiences in Parliamentary procedures. SKNYPA can be found at our Headquarters in the Charles Wilkin Building, Church Street (next to Masses House). Our social media handles are St. Kitts National Youth Parliament Association (Facebook), SKNYPA (Instagram) and SKNYPA (Twitter). 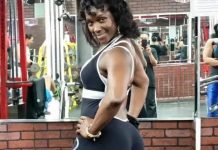