As an incentive for their outstanding performances and meeting the standard criteria for selection, three (3) athletes were formally selected by the St. Kitts & Nevis Amateur Athletic Association (SKNAAA) to participate in the FINAL edition of the International Associations of Athletics Federation (IAAF) World Under 18 Championships, Nairobi, Kenya, July 12th – 16th 2017.

The team and its official shall comprise of the following:

The three (3) young men performed exceptionally well throughout the 2017 season. All represented the SKNAAA earlier this year at the 2017 FLOW CARIFTA Games and were successful in advancing to the finals in at least one (1) of their respective events including relays.

Thanks is extended to the St. Kitts and Nevis National Olympic Committee (SKNOC) who provided a sponsorship grant to the tune of USD14,522.51 covering all cost associated with travel and accommodation outside of the IAAF standard quota.

As the curtains closes on the IAAF World Under 18 series, the SKNAAA extends congratulations to the team and wishes them a successful and an eventful campaign. 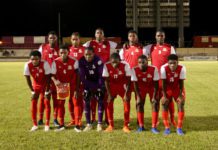 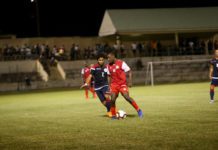