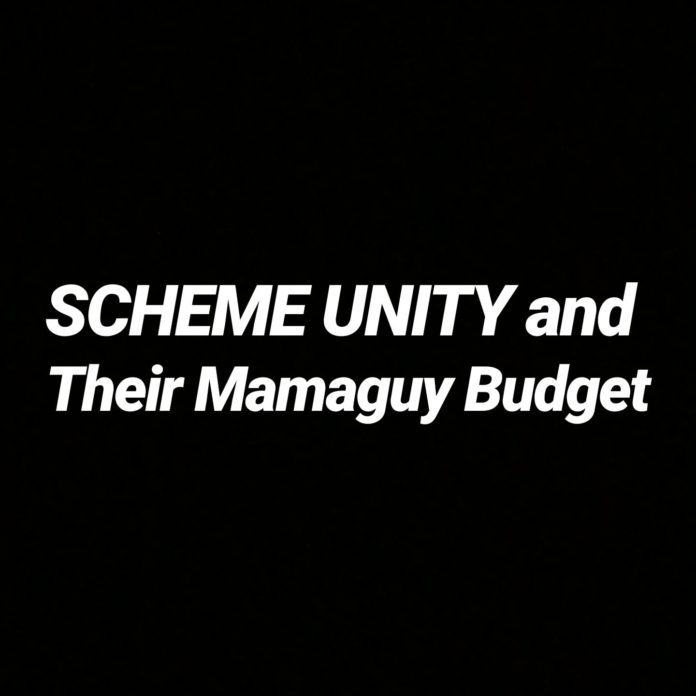 It is the beginning of another new year and, as may well be imagined, our people are wondering, and asking of themselves and each other, what does it hold in store for us all. That is natural and only to be expected.

However, the concerns are somewhat heightened, and understandably so, given that the year just ended has not been a particularly good one, not even for many of those who support the regime now in power.

Of course family members, close relatives and friends have once again done well for themselves, but, in any case, that is only for a very narrow group of them.

So many there are who thought that supporting the incumbents would have positioned them for favourable treatment, but, alas, today they are a group of saddened persons, most of whom have been heard lamenting the grave mistake which they made on Monday 15 February 2015, and vowing that never again will they allow themselves to be taken in by such as those now wielding political power in our fair land.

Once again we say to all those who were led astray, do come back home, come back to where you truly belong. Our arms and our doors are still wide open, and we assure you of a most warn and genuine welcome. We do not hold anything against you, for we know only too well the powers of persuasion of those who are in the vanguard, doing the dirty works of the prince of darkness and his myriad followers.

It is therefore quite understandable that thousands of our people were taken in for a short time by a group of persons who portrayed themselves as being genuinely concerned for you, the people, for your wellbeing and a better future.

Now you know better, are much wiser, and more discerning than before, we feel assured that you will want to seize the opportunity to set matters right.  We know that you are quite capable, and we also know that you wish to make amends. But, we implore you, do not think in such terms. We are just pleased and happy you are able to make the crossing back to your true home.

It is worthy of note that much of what is (and has been) happening here is akin to the negatives which have been playing out in other areas of the world, the efforts from on high to silence dissent being amongst the more obvious.

The most horrific slaying and dismemberment of the Saudi Arabian Washington Post journalist, Mr. Jamal Khashoggi, an obvious state sponsored murder, reminds us of the many instances when right here, in our own land, persons who dared to criticise the naked emperor found themselves, their relatives, their homes and their business places on the receiving end of some heavy gunfire.

Another of the many negative features playing out on the international level has been that of certain kinds of politicians openly lying to the people they govern, and doing so

knowingly, loudly, brazenly, shamelessly and repeatedly. That practice has also been indulged in our case. Indeed, it would be on point to say that it is one of the main inventory items in SCHEME UNITY’s ‘stock-in-trade’.

For more than two centuries, Americans have regarded Chicago politicians as being amongst the most long-winded in the world. It is that which led to Chicago being given the moniker of ‘windy city’. That trait is readily applicable to the so-called leader of SCHEME UNITY.

The budget address given in our parliament in December 2018 was truly of the Chicago variety. In the local lingo it would be said that there was ‘a lot of froth and no mauby’.

Our people had been waiting for so long, praying that at long last something truly positive would have been drawn up, obtained the backing and support of those in office, as well as those in parliament, and then offered to us. But that was not to be.

As our beloved Comrade Leader pointed out while responding in parliament to the address, the entire process has been shrouded in secrecy, so unlike that which obtained when he was in office as prime minister and minister for finance. Quite notable, and worrying, is the fact that the private sector has been completely eliminated from the annual exercise.

Then, too, there is the matter of the concealment of The IMF Report. Why? What is there to hide?

In the budget, if budget it be at all, the capital area has all the appearances of being nothing more than a hodge-podge of “projects” hastily thrown together, in an all too obvious effort to ‘justify’ the expenditures, but which, when compared with the projections for later on in the lives of the projects, bear absolutely NO resemblance whatsoever to reality.

It is all a mamaguy, and that, dear people of St. Kitts and Nevis, is the kindest thing which can be said of this whole affair, a most sordid matter when considered in its entirety.

The ‘budget’ presented to parliament last month, December 2018, has left our people devoid of hope and encouragement. So many now feel abandoned, and go about discharging their daily tasks and responsibilities with their countenances bearing the look of the forlorn, and that is understandably so.

That so many of our people have been able to maintain their equanimity is most commendable, for the whole exercise can only be accurately summed up as ‘a mamaguy budget’, namely an attempt to make monkeys out of us.

Historically, Kittitians and Nevisians do not take kindly to any person or persons trying to make monkeys out of us. The current situation makes no difference in that regard.

An appeal is hereby made to ALL of our people to maintain their calmness and coolness, for certain elements will most definitely seek to provoke ‘trouble’, thereby providing a ‘cloak’ behind which they can carry out their infamous devilry.

Do not be fooled, dear people. What transpired during the J’ouvert on Boxing Day could very well have been one such ‘provoked’ situation. It does seem to have all the appearances of having been deliberately ‘stirred up’, so that stronger efforts could be ‘lawfully’ taken to beat-up our people, as some of the external police entities have been advocating.

Creatures such as those in SCHEME UNITY are notorious for employing such measures.

We should therefore remain cool and calm, and refuse to fall into their traps.

We quite simply CANNOT afford to allow the SCHEME UNITY lot to make monkeys of us.