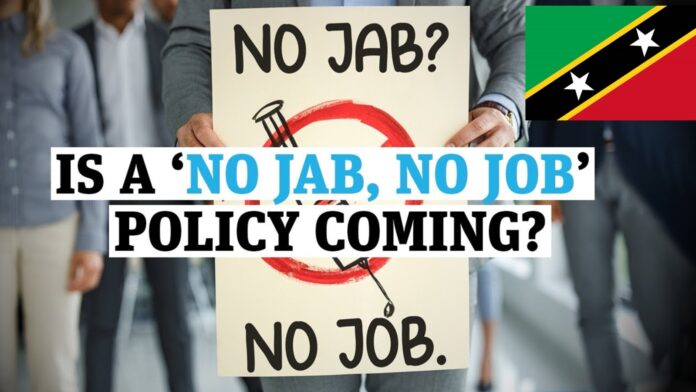 Such were the remarks of Prime Minister Dr.  Timothy Harris on Wednesday 7th April 2021 during a ceremony held at the R. L B. International Airport for St.Kitts and Nevis’  receipt of 21,600  additional doses of the Oxford/AstraZeneca COVID-19 vaccines purchased through the COVAX facility.

Dr. Harris said his government is prepared to bring legislation to ensure that members of the public act responsibly “because the health and safety of our country must never be compromised…”

His remarks have been widely debated by members of the public who are questioning the possibility of a ‘No Jab, No Job’ policy being implemented in St.Kitts-Nevis.

Some individuals are of the view that the possibility of such a policy is sending a wrong message as it relates to the decision to get vaccinated being a personal choice and not a forced request while some think that it might be necessary in the interest of the public health.

Dr. Harris has called upon all citizens and residents of the Federation to play their part.

“This is your chance  to step up and join the global fight against COVID-19.  Our health professionals  are encouraged by the number of people coming forward to get vaccinated.  In the short period of time since we rolled out our programme on the 22nd of February 2021, just some seven weeks ago as of yesterday, our figures show that 9774 citizens and residents  have now received their first dose.  We have then inoculated  about 30% of our target population of 33, 236. This is really a very good start.”

He continued: “I want to warn those who are waiting that in waiting they may end up waiting in vain; escape there is no guarantee  now that enough vaccines will be available in the short intervals. Whatever we have, we have to guard it as a precious jewel.  Secure it  and in the case of the vaccine , the sooner you move to get your jab, the better it will be  for you. It is a good start for us here in St.Kitts and Nevis  that we can say that we are about almost a third of the way in our target group but there is a lot more work that still.has to be done  and we need more people on board.”

Pointing to an example in the region concerning the compulsory workplace vaccination, he commented “ We have seen it already started  in St.Vincent and the Grenadines.”

PM has stated that on his ‘Leadership Matters’ programme the night before (6th April), it was revealed that his government has “sought the advice of constitutional experts in relation to this particular matter.”

“… and there is of course a balance  but ultimately we are confident  that our Public Health Act  does provide for the compulsory  vaccination of persons  but certain S&ROs become necessary  and so we are getting further legal advice  as to how we will.move and how quickly. Do we wish to get there..if it in the national interest,  if it is that people are being too tardy, if it is that people are not conscious  that by remaining unvaccinated for long, they are jeopardizing the health of other people in the workplace, they are jeopardizing the recovery of the country  then we certainly will have to look there…”

The St. Kitts-Nevis Trades and Labour Union-owner of this publication- issued a press release on March 9, 2021 calling for greater attention to cooperation, dialogue and education.

The Unions’ release said in part that “the Union desires that all workers are treated with respect at all times. We consider the reluctance of workers to take the vaccine, at this time, to be an indication of unawareness and wariness on the part of the worker. We contend that where worker hesitation has been identified, it needs to be addressed with protocols of adequate information and not with authoritative insistence.”

The Union stated its pro-vaccine stance while at the same time, it calls for a sensitive and sensible public policy position. As such the Union continues to “call for an immediate end to the inhumane practice of threatening workers’ rights and livelihoods. We invite workers, in all sectors, to report all incidences of workplace threats. The Union is committed to robustly represent your cause for decency in the workplace.” 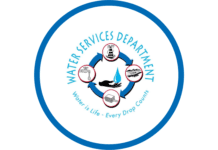