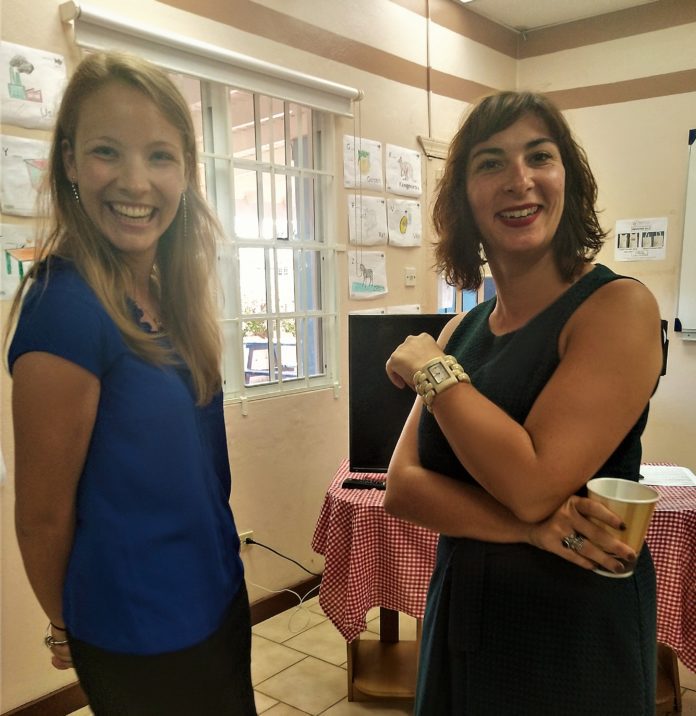 BASSETERRE, St. Kitts (Friday 15th March 2019)-Language learning and cultural exposure through music is a focus of the Alliance Française de St.Kitts and Nevis in its growing French singing competition and overall involvement in the community.

Such was highlighted on Wednesday 13th March, during the second annual press conference held at the institute’s premises located in Greenlands, Basseterre. The media briefing was held on the day that registration opened in preparation of finals to take place in May.

This time around for the competition, there will be a two separate finalists for both islands with the grand prizes of one return trip to Guadeloupe ( St.Kitts) and one return trip to Martinique (Nevis) for one person for the duration of one week with a host family.

Last year, Zareef Dias of the Verchilds High School on St.Kitts won a trip to Paris, France, and he is scheduled to travel come next month (April) at the convenience of his availability.

Last month (Tuesday 19th to Saturday 23rd   February), Alliance Française de St.Kitts and Nevis partnered with the College St. John Perse in Les Abymes in Guadeloupe for a student exchange programme to that French-speaking Caribbean island (Guadeloupe) for a period of five (5) days.

When quizzed about why music has been chosen in promoting the language to the public and students, Event Coordinator of the song competition Ophélie Beuscart had this to say whilst touching on the recent overseas trip: “The first day the students were a bit shy. They tried to communicate a little bit but it was difficult and that’s normal for the first day and the second day they all sang together and that’s the thing actually because that’s cultural thing; everybody likes music. Music is something universal so when people meet around an art-because it’s (music) is an art- I think it can be really interesting and it can be a really good motivation for the students.”

She also talked about the French culture as being “about something different and French is into that and that’s important that they get their motivation from that.”

Director of the Alliance Française de St.Kitts and Nevis Marine Moncaut, chimed in saying: “Yeah, music about breaking the language barrier. So they were singing ‘Hello Hello Hello’ [Hello by Kes] and afterwards they were singing some other songs, and in the trip they were a bit shy and we tried to encourage them and one of the way they were trying to be in contact was to share music so they were listening to some music…and they were trying to exchange through that. I guess it’s one social aspect out of the rest but yes music is talking; if the language is not talking, the music is doing the talking.

Speaking about the top competition prizes this year, she commented: “ As much as it might not look as shiny as the Eiffel Tower [in Paris], it is a very important point that we want to show is that collaboration and friendships, and you can discover many things around the common and Martinique and Guadeloupe are there, and when we started to organise this school exchange group in Guadeloupe  we saw the behaviour of our students; they really discovered a country  which is Caribbean with a different language so Caribbean enough to feel comfortable  -not completely lost- and French to learn to be immerse in a different  language atmospheres.”

A school tour, organised by the Alliance Française, which kicked off on 13th March is expected to run until 29th March within the schools.

Individual participants of the High School students from all public and private educational institutions are welcomed to register at a cost of EC$10.

Other dates will see the collection of applications 1st – 5th April, pre-selections/eliminations: 15th – 28th April, as well as final concerts in St. Kitts and Nevis on 4th and 3rd May, respectively.

As disclosed by the organisers, a list of thirty (30) famous French songs have been selected to be judged based on a set of criteria including diﬃculty of the song, rhythm and French pronunciation.