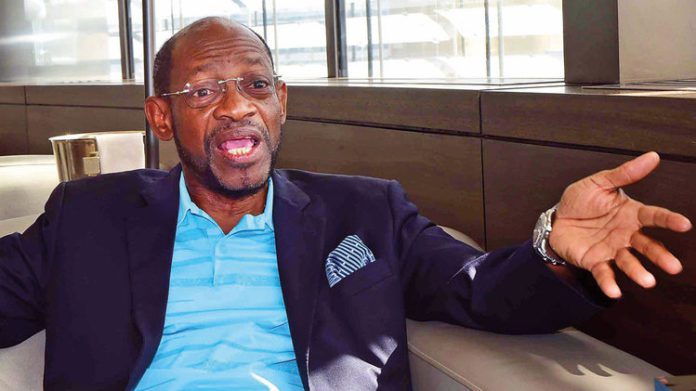 BASSETERRE, St.Kitts (Friday 6th September 2019) – The ‘Ayes’ had it earlier this week in parliament when a motion was moved to take off the item of ‘The National Assembly Election Bill Amendment Bill 2019’ which fell under public business on the order paper, surrounding the proposed condition that nationals living overseas should return home and spend a period of six months ahead of elections.

“Mr. Speaker, I rise with your leave to move a motion pursuant to number 63 of the rules of this honourable house for the withdrawal of the bill entitled The National Assembly Election Bill Amendment Bill 2019 which had its reading in March 28th 2018,” Attorney General Vincent ‘Juicy’ Byron Jr. commented on Tuesday 3rdSeptember without giving reason(s) why the change of plans to address the subject that day.

Opposition Leader of the St.Kitts-Nevis Labour Party (SKNLP) and immediate former Prime Minister Dr. Denzil L. Douglas, while speaking on the Party’s sponsored ‘Issues’ programme on Freedom FM the next day (Wednesday), said the bill was “withdrawn… when we were all prepared to debate this matter in the parliament of our country.”

As understood from his presentation, named candidates of the governing parties of the Team Unity Government have been pushing for this bill because polls conducted showed that the SKNLP has more registered voters overseas.

“What I think is really alarming and which I believe needs to be highlighted is that this matter was not only being pursued by supporters of the government of the day. We found that there were ministers of government, candidates in particular of the governing parties who went out of their way to make sure that this piece of legislation would still come to the parliament even though since last year people were making it very very clear that this was a wrong thing to do.”

Dr. Douglas continued: “These guys had done their various analysis of the present register and realised that they could not defeat the Labour candidates in different constituencies. The only way, therefore, is to make sure that those who are overseas and who are supporters of Labour would be prevented the opportunity because as you have always heard, they felt that Labour had more people register to vote living overseas than those who are PAM supporters and supporters of the other parties. They knew exactly what the polls that they had conducted were saying that despite all that [Prime Minister] Harris was doing , he had now become very desperate, the time had come  because of his desperation  to prevent him and his government from becoming a one-term government, and as a result of that efforts were made to disenfranchise these voters.”

“It means also that if you were a student or you were some kind of a contract worker and you were born in St.Kitts, never lost the citizenship you have- but you were temporarily overseas, you also would have been prevented from voting  if the legislation was allowed to be passed in our parliament yesterday. The question must be asked therefore, which student can return home and live for six months to register,” he added.

The SKNLP top official thanked those overseas nationals who have expressed their concerns relating to the matter.

“The power of their collective responsibility in speaking out to preserve a right that they already have; not that they were asking for some right to be given to them. This was already there but it was being taken away from them and that is what we said was wrong about this.”