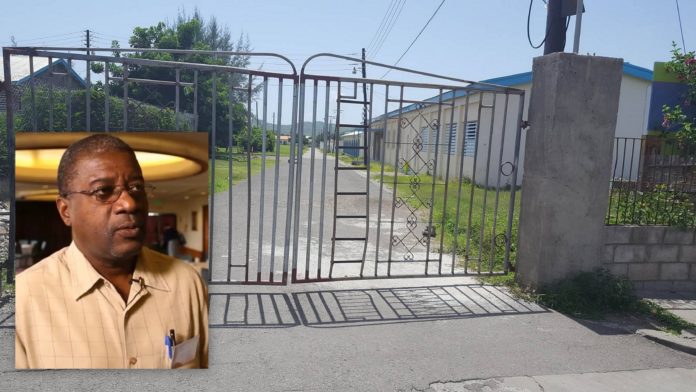 BASSETERRE, St.Kitts– The abandoned Basseterre High School (BHS) located on Victoria Road can repaired as guided by the professional recommendations given so as to accommodate students for the upcoming school term in September this year.

That is the kind of advice offered to the government by well-known pediatrician and Physician Executive Dr. Patrick Martin, retired Chief Medical Officer, who, in his latest media statement issued yesterday (10th July), cautioned against building a new school in the Pond’s Estate community near the aquifer since such an activity poses a contamination threat to the country’s water supply by bodily waste from human beings.

Notably, the government currently estimates that the construction of the new school will cost about $40 million dollars. Dr. Martin has also outlined that refurbishing the old school will cost less in getting it prepared by next month.

According to him: “All waters in and around the Federation are our livelihood. These precious and irreplaceable gifts from nature must be protected by legislation and force of arms.”

He has suggested that the government make good upon the recommendations of 2015 report produced by an international agency called NIOSH (National Institute of Occupational Safety and Health) to repair the old school.

Dr. Martin stated that “NIOSH is an environmental health authority par excellence. Its findings and conclusions should trump conjecture and associated “fire and fury”.”

NIOSH’s headquarters is located in Washington D.C in the United States.

Dr. Martin addressed the environmental destruction that can be had should the new school be built in the identified area.

“The proposed new BHS in Pond’s Estate poses a risk of fecal contamination of the underlying aquifer which is already under the threat of salt water intrusion. There is also the possibility that locating a centralized sewage plant near residential areas can lead to legal action and political disquiet if the facility produces unpleasant odours such as hydrogen sulphide and ammonia.”

He continued: “In the circumstances, the precautionary principle and erring on the side of caution make sense. The former states that in the absence of scientific consensus that a policy or action is not harmful, the burden of proof falls on the proponents of the policy or action. The latter means choosing the safer course of action instead of taking a risk.”

Dr. Martin highlighted that need to conduct risk and impact assessment at Ponds’ Estate in going forward whilst pointing out that the old school site at Victoria Road can be fixed by next month.

“Going forward, the inescapable first step is the conduct of risk and impact assessments. Without them, one cannot scientifically and conclusively estimate the environmental, social and financial costs of a constructing new BHS over the aquifer or anywhere else.”

“However, at Victoria Road, decision-makers and the public can rely on the expertise, credibility and recommendations of NIOSH. The mold, sewer and uncleanliness issues are surmountable. It should not cost $40 million to complete refurbishment by mid-September,” he added.