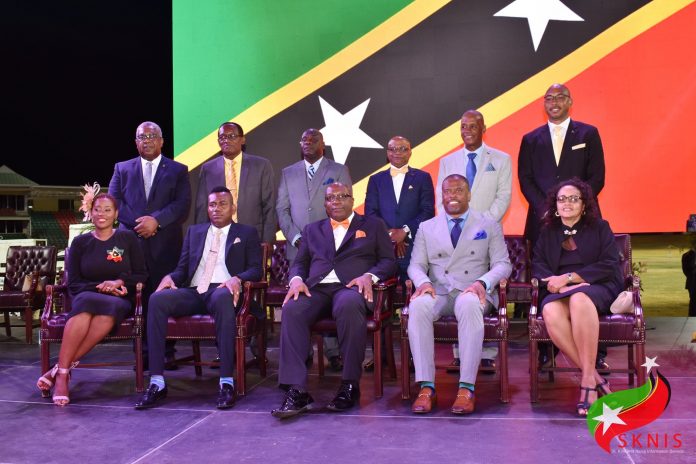 The other make-up of political seats are two (2) in total for PLP and four (4) for PAM.

Regarding the gender ratio of the new administration, first time election runner and elected Parliamentary Representative for Constituency Three (West Basseterre) of PLP Hon. Akilah Byron-Nisbett plus the reappointment of Senator Wendy Phipps now placed in a ministry surrounding her experience as a former Executive Director of the Chamber of Industry and Commerce are the two females.

The appointed portfolios are as follows: