BASSETERRE, St. Kitts (Friday 10th September 2021)- “Presently out of the three CCTV programmes [in the Federation] that we are rolling out, this one in Nevis is the best, and more up to date.”

So said Police Commissioner Hilroy Brandy- who is a Nevisian- in delivering his address at the official opening ceremony of the CCTV Command Centre on Tuesday 7th September 2021 in Nevis- a building which has been outfitted from a donation of over $1 million in equipment from the government Republic of China (Taiwan).
He continued: “Presently in St.Kitts, the other two CCTV programme are operate[d] by Wi-Fi. Here on Nevis, we’re operating on fiber. Fiber is more reliable and now we’re trying to catch up in St.Kitts to see if we can change over to fiber so we can have a more stable feed coming back to our headquarters.”

He talked about the three projects when the CCTV programme began to expand in St.Kitts-Nevis with “Basseterre as usual (in St.Kitts) being number one, District B was number two and that last on the list was Nevis.”
“It was not something I take lightly because everyone knows I’m a Nevisian,” COP Brandy shared whilst adding “but sometimes things that come last does not mean it’s bad…”

Permanent Secretary in the Premier Ministry Wakely Daniel described the opening as “a symbol of the Nevis Island Administration’s commitment towards peace and security on the island of Nevis.”

He said the Taiwanese company VIVO TECH was awarded a contract to source and purchase the equipment and to outfit the building.

Additionally, Daniel said in June this year, VIVO TECH sent an engineer from Mexico to install the equipment in the command centre who was ably assisted by local technical and electrical professionals on Nevis.

Work started early May 2018 and was completed in May 2019, and also involved specialty contractors.

It was highlighted that two floors of the building each measure 1550 square feet with a building square footage of 3100 square feet.

As understood, the command centre is located in Basseterre close to the NEVLEC (Nevis Electricity Company Limited) building. 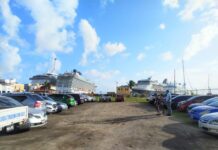 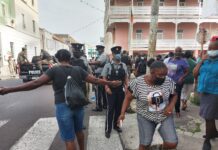 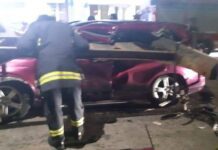