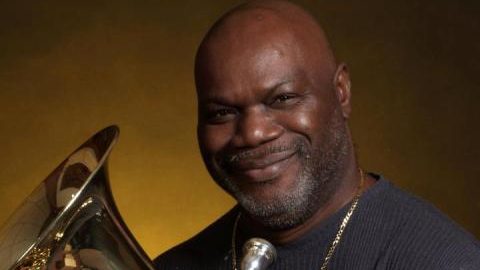 BASSETERRE, St.Kitts (Friday 30th August 2019)- Less than a month before the Federation of St. Kitts and Nevis celebrates the 36th Independence anniversary, the writer and music composer of the nation’s national anthem ‘Oh Land of Beauty’, Kenrick Georges, has passed away at the age of 64.

This media house understands that on Monday this week (26th August), he died overseas in the United States where he had been residing- which comes days before the nation’s Independence Day commemorated on 19th September (attained in 1983). He originally hailed from New Town in St.Kitts.

“Over 35 years later, our national anthem remains an iconic masterpiece that will forever leave an indelible impression on all citizens and residents of St. Kitts and Nevis and on all of our lives,” Prime Minister Harris added.

He has called on nationals to sing the national anthem sweetly and lustily for the upcoming Independence celebrations saying: “When our national anthem is played in the days ahead, particularly during our 36thIndependence Anniversary celebrations next month, I encourage all of us to sing every word sweetly and lustily, remembering the tender thoughts and the conscientious care that went into its creation and the touching meaning behind it.”

“Kenrick was musical icon to whose words and composition of our national anthem ‘Oh land of Beauty’ are attributed. Every Kittitian and Nevisian will come for innumerable years ahead to appreciate the genius and the beauty of the soul of Kenrick by this illustrious work through which he has been immortalised but beyond his gleaming talents, Kenrick was the exemplary human being. He loved life, he loved his family, he loved people and of course he loved culture. He taught love, respect and the values of hard work, independence and perseverance. kenrick’s love for his Homeland epitomizes to what it means to be truly Kittitian and Nevisian but even more than that, Mr. Georges was an advocate for justice. He was a moral compass and shining light in our community,” he remarked.

Additionally, he described Georges as “a gentle yet courageous soul who used his extraordinary intellect and exceptional skills in music and poetry to bring joy and life lessons to all humanity.”

“Kenrick’s exploit in the world of music were prolific as they were brilliant and throughout this life’s journey, he shared his passion for music with his students, members of the community and his family. In more recent times, he displayed enormous pride over the accomplishment of his son Kenijah in the field of music,” Dr. Douglas added.

In further, tribute to the late Kenrick Georges, please see the lyrics of the national Anthem of St.Kitts-Nevis below.

Our country where peace abounds,

On the strength of will and love.

With God in all our struggles,

Saint Kitts and Nevis be,

A nation bound together,

With a common destiny.

As stalwarts we stand,

For justice and liberty.

With wisdom and truth,

We will serve and honor thee.

No sword nor spear can conquer,

For God will sure defend.

His blessings shall forever,