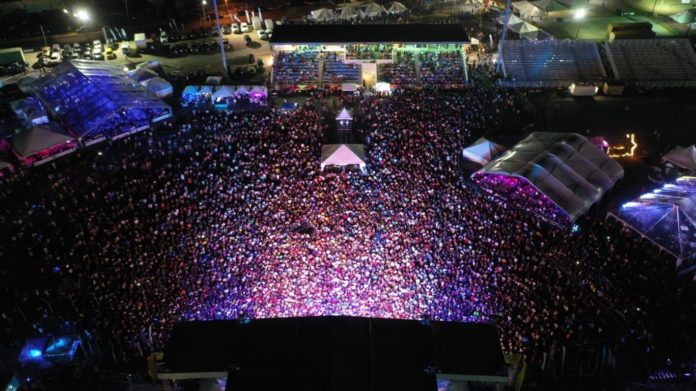 Over 20 acts-locally, regionally and internationally combined- satisfied the musical taste buds of patrons for yet another year.

“The 23rd edition of our St.Kitts Music Festival has been recorded in the minds of many and the annals of history as the most successful edition to date of our music festival,” remarked Prime Minister and Minister of Finance Dr. Timothy Harris while speaking at his monthly press conference held on Tuesday 2nd July at Government Headquarters.

“Three nights, I am advised by the chairman [Damion Hobson], drew well over twenty- five thousand attendees and there were no major incident reported to the Commissioner of Police,” he also commented during his opening statement.

Minister of Tourism Lindsay Grant said festival details will be revealed at an upcoming press conference.

“The facts speak for themselves that the 2019 Music Festival was the most successful festival that we’ve had over the 23 years and sometime maybe within the next two weeks, we will certainly have a press conference to bring the entire data to the listening public to indicate to you how well the St.Kitts Music Festival would have done. We’ll bring you the data in terms of the specific numbers of patrons that we’ve had.”

The acts taking to the stage nightly were as follows: