BASSETERRE, St.Kitts (Thursday 31st December 2020)-A man has been found dead on Phillips Mountain hours after leaving his home on the morning of Tuesday 29th December 2020.

Deceased is 60-year-old Charles Lowry, formerly of Phillips Village.
The Police received a report sometime after midday that the body of a man was found in that area.

Upon arrival at a mountainous area in Phillips Village, Lowry was met laying on his back.

Preliminary investigations so far have revealed that Lowry left home at about 7 a.m. Tuesday and went to the mountain as he normally would to set his trap.

An autopsy has been scheduled to determine the exact cause of death. Personnel from the Forensic Services Unit visited and processed the scene.

Persons with information regarding this incident are urged to contact the Tabernacle Police Station by dialing 465-7227 or their nearest Police Station. 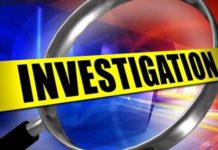