BASSETERRE, St.Kitts (Friday 10th January 2020)- Freshly retired politician with over three decades involvement Joseph Parry, a former Premier and past leader of the opposition Nevis Reformation (NRP), knows exactly who he wants as his replacement in St. Thomas’ parish (Nevis 5).

“The party and the party structure will have to make the decision but I personally have seen someone… who I have recommended to the leader of the party.”

So said Parry during a WINN FM interview on Saturday 4th January 2020 who did not identify that particular individual.

As gleaned from sentiments expressed in that radio station chit-chat, the observed choice for the Nevis 5 NRP ticket might be of a different generation to Parry, who in commenting on his retirement said: “Well I have served, I have been involved in parliament for 32 years and I think it’s time for me to leave. I think I have done enough and I would like to say that maybe we need to see new faces; a new generation moving in and taking over. That’s my point of view anyway.”

Whoever is chosen though, Parry has shared some of the general qualities he would like to see exhibited in that individual.

“St.Thomas’ parish is dear to me and I would like the person who is eventually elected  to have the same type of interest that I have  and even more and will have respect for the people of St Thomas’s parish  and I would like that person to bring some integrity and honesty to the table.”

In January 2018, Parry stepped down as the NRP President. At the party’s convention held in October that year at the Jessup’s Community Centre in Nevis, E. Robelto Hector (of Nevis 1- St. Paul’s), a former government minister, emerged as Parry’s successor following an in-house election for a new executive committee.

Hector, via a press release on Sunday 5th January 2020, showered “our beloved former Party President and Parliamentarian for St Thomas’s Parish” who retired from active politics as of January 1st 2020 with praise for his “sterling service to the Federation of St. Kitts and Nevis.”

Hector expressed: “His stellar 26 year Leadership of the NRP was eclipsed only by his exceptional 32 year commitment to the great people of his home Parish of St. Thomas. His five decades long service to country have consumed his entire life and his impact and legacy will be judged alongside the sterling contributions of our national heroes.”

“To know the man is to know that his heart is always with the poor and working class people of Nevis; uplifting, encouraging, empowering the masses whether they were students under his tutelage at the Charlestown Secondary School, or those in the local and regional cricketing fraternity, or those in the many constellations of the Public Service and of course the few of us who benefitted immensely from his steady and irrepressible leadership in Cabinet from 2006-2013. His Premiership of Nevis during the very dark days of the 2008-2010 global recession and the concurrently devastating loss of the Four Seasons Resort, tested his every sinew and challenged every ounce of his knowledge and experience. Not only did we survive but we became a stronger, more resilient and a more independent people. Nobody could have done it better.”

“To know the man is to know that he covets nothing, no power, no fame, no personal wealth, no material things. His name today remains as untouched by scandal and corruption, by greed and unethical behaviour as it has been for his entire public career. He will be the first to admit his own imperfections while surreptitiously extracting perfection from those around him. Simply put, he knew that to get the best out of people, he had to give the very best of himself even when it cost him dearly. Nobody could have done it better.”

“To know the man is to know that while he has voluntarily removed himself from the rough and tumble of today’s political landscape, he will forever be present in the heart and soul of the Nevis Reformation Party, the great people of St. Thomas’s and the people of Nevis. God bless you Mr. Parry and thank you for your sterling service to the Federation of St. Kitts and Nevis,” Hector added.

EDITOR’S NOTE: Condolences are hereby expressed to Joseph Parry on the death of his wife Myrthlyn Parry  who reportedly passed away from an illness on Monday 6th January 2020. 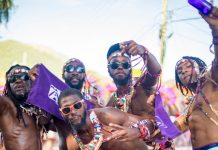 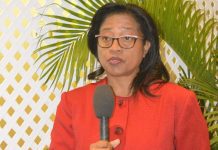 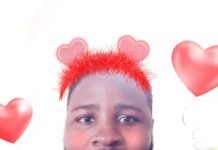 Joseph Parry Knows Who He Wants To Replace Him