BASSETERRE, St.Kitts-Hair flips, swinging hips and stylish poses aimed at displaying the variety of head-turning hairdos were all part of the action for the premiere of the Glam Slam Hair and Fashion Show staged on the night of Saturday 27th May.

Held at the Ocean Terrace Inn (OTI) located at Fortlands, scores of hair style fanatics, clients of the show’s featured hairdressers as well as fashionistas assembled for that first annual show of its kind.

Eye-catching wigs, weaves and dreadlocks styles were showcased collectively by popular resident licensed cosmetologist from New York in the USA Danielle Riddick of Diva Hair Studio in partnership with Vikiesh ‘Keisha’ Weekes of Keisha’s Beauty Salon and Yihisa ‘Desha’ Williams of Desha’s Lock and Twist, both from St.Kitts-Nevis and also well-known.

Among over 10 female models were two men who rocked in the fashionable dreadlock grouping.

The Labour Spokesman was in the house and apart from speaking with the hairstylist team, this media house also caught up with a notable patron in the person of the immediate former Prime Minister, the Rt. Hon. Dr. Denzil L. Douglas, who seemed quite impressed as he looked on from the audience.

Not only did the models strut their stuff in showing off the hairstyles on the runway but the stylish outfit categories complemented the beauty atmosphere which included clothing like African Wear, Beach Wear, Lingerie and Club Life. 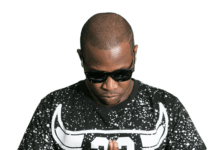 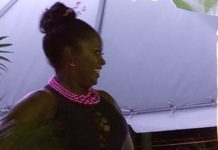