He made the disclosure while speaking on ‘Issues’ programme aired on FreedomFM on Tuesday 1st June 2021 in making a continued call for an all of society approach and also offered a recommendation that the government and businesses use scientifically proven methods of communicating and convincing people on the topic of vaccination instead of forcing people.

Dr. Drew commented on the early onset of the novel coronavirus in St.Kitts and Nevis in 2020 when he was “bashed” and “pulled through the mud” in an outreach to assist the government.

He labelled the government’s response to the SKNLP as having “maligned and sidelined us.”

According to Dr. Drew: “That should show people that the government was not serious ever about the whole of society approach. Had they brought us in, that would have helped. Why? Because even outside of politics, wherever people can come together as one, have a united front and  move together when that is genuine and done properly it would have an effect, and the effect would be a positive effect to influence people and bring people together. So it doesn’t have to be a political movement; any movement at all but once the movement is united it can cause positive response in those who you are seeking to reach so it would have been much better.”

He talked about how he along with former Prime Minister and SKNLP leader Dr. Denzil Douglas could have been helping initially.

“Dr. Douglas dealt with the AIDS pandemic. Dr. Douglas is a medical doctor, bonafide and well-respected medical doctor. He could have brought experience to bear on the response of all of this.”

He added: “I myself, I am a medical doctor trained in internal medicine, very few of us here (in St.Kitts-Nevis). I could have added my part but instead of doing that, they sought to extract whatever political advantage they could have extracted and as a result we are in the position we are in…”

Fast forward to present times, Dr. Drew expressed: “And guess what the Prime Minister has not changed. He continues to play politics with COVID-19. Now he is playing politics with the vaccines and when the people were not going [to get vaccinated], he blamed Dr. Douglas. Can you imagine that?, and blamed Dr. Douglas as the reason why people aren’t going.”

The medical doctor emphasized that the pandemic “has nothing to do with politics, and that is why we continue to call for the all of society approach.”
Dr. Drew pointed out that people’s decision not to take the vaccine is not because of politics.

He recalled that while making an appearance at another radio station recently, a caller said ‘I’m a big Unity and I’m not taking the vaccine’.
“..and she was saying to me and to us and all those who were listening that her decision is not premise on any political affiliation but because of her own conviction as to why she should not take the vaccine.”

On the topic of vaccine hesitancy, he then  stated that in such situations “People like her (the caller) should not be pushed out of a job or be forced out of a job…should not be maligned and called all sorts of names. That is a person who you should call in, give her a forum where she can have all of her doubts, her fears listened to and responded to. That is the approach.”

He accused the government of “acting aggressively” and “like a dictatorship” as it relates to the national vaccination programme and stated “That is not the attitude to have. Do not force people.”

Dr. Drew went on to encourage the government to “Use scientifically proven methods of communicating and convincing people and so I disagree with this approach to force people directly and indirectly… there is a scientific democratic approach that can achieve the same end.”

“I want the businesses who think they have to force their people to take the vaccine that there is a scientific way of getting your people to go where you think they should go,” he also noted. 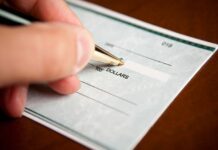 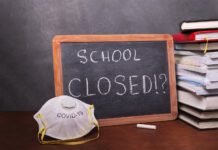 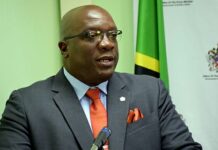