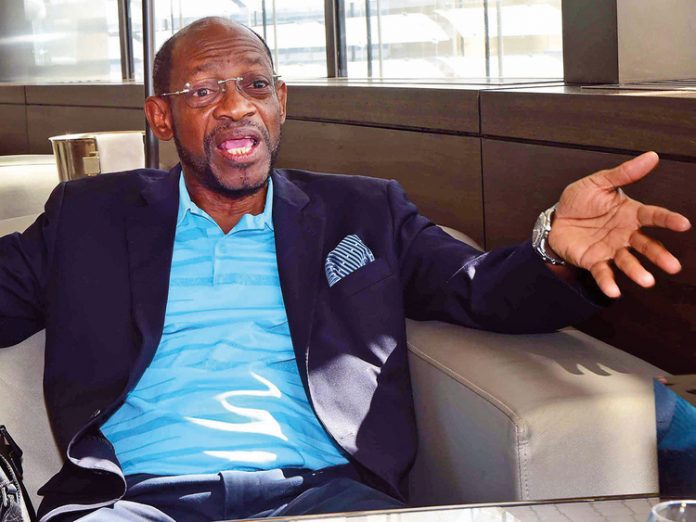 BASSETERRE, St.Kitts (Friday 24th January 2020)- Ongoing claims by the government that it has paid off a high IMF (International Monetary Fund) debt left behind by the former St.Kitts-Nevis Labour Party administration has been labelled “nonsense” by Opposition Leader and immediate former Prime Minister Dr. Denzil Douglas.

“This nonsense, this deception and hypocritical talk of the present prime minister that he paid back the IMF debt for us is absolute nonsense. The records are there that the St.Kitts-Nevis Labour administration had advanced significantly.”

Dr. Douglas at the time was responding to a question posed by this media house at the party’s press conference held on Friday 17th January 2020.

He continued: “In fact, we were the first government I think in the world that had paid back money to the IMF basically saying ‘We don’t need it because we are satisfied, we are confident that the transition that we had planned for during a three-year programme that transition was taking place smoothly ‘ we don’t need your money…take back your money’.”

At his live broadcast monthly press conference held in December 2019, Prime Minister and Minister of Finance Dr. Timothy Harris said in part of his opening remarks in continued claims on the topic that: “Thankfully, our IMF debt has been paid off by this Team Unity Government and those dark, stormy days are now behind us.”

In addressing the IMF debt subject matter at last week’s press conference Dr. Douglas outlined: “We did in fact have a security lending to the government of St.Kitts and Nevis when we entered the IMF programme that was firstly to restructure the economy so that we would be able to sustain economic development in the future. We therefore because we were introducing a massive debt restructuring exercise that was approved by the international financial  institutions especially the IMF, we were concerned that there might have been some negative impact on the banking sector in particular and so in order to safeguard people’s interest in the banks to prevent any collapse of the banking sector especially the National Bank, the IMF had advanced us a security loan  which after a few months when we recognised that the transition that was taking place  in terms of debt restructuring was so smoothly being pursued that we paid back the IMF a significant portion  of that money which was advanced to us.”

In accordance with the former Finance Minister: “The debt, I want to emphasize, that was incurred for several reasons over the years was about 160 per cent of GDP when we introduced the IMF programme. When we left office in 2015 February, the debt was already significantly reduced to 73 per cent. All that this government has done is simply continue on the programme of debt restructuring that we had put in place so that by the end of 2015 and maybe where it stands today is just about 60 per cent which is exactly where we had structured it to be whether or not we were in government. They have done nothing new.”