So said Opposition Leader of the St.Kitts-Nevis Labour Party and former Prime Minister Dr. Denzil Douglas when quizzed by this media house- following the Party’s constitutional conference held on Sunday 16th May 2021 held at the Marriott Hotel- regarding recent media comments made by Prime Minister Dr. Timothy Harris while speaking about Dr. Douglas, his former SKNLP colleague, on the topic of the COVID-19 vaccination program.

“What we’re seeing played out in St.Kitts and Nevis is really old style politics…is the Douglas old Labour politics that is being played out where even as a medical practitioner, Dr. Denzil Douglas has done a disservice to himself to the country and to the years of outstanding leadership which the Labour Party had under Bradshaw, under Southwell, under Lee Moore in attempting to find the political space that doesn’t deny the rationality of the national agenda. What greater national imperative could there be than to keep our people safe?,” is part of what PM Harris-Leader of the People’s Labour Party (PLP) said while appearing on his weekly Leadership Matters’ program aired  live on ZIZ on Tuesday 11th May.
Dr. Douglas was questioned about whether he thinks Dr. Harris’s remarks speak to leadership strength.

“Yes, but of course because if he is the leader, he has deliberately kept us away from participating for political reasons now he is realizing he is failing, he is now saying Douglas is the cause of it because Douglas is not helping him in getting people to understand the importance of doing certain things in getting them to take the vaccination. Dr. Harris has failed and he is asking for my help but he must be polite. I wouldn’t ask him to beg but I’ll ask him to be polite.”

When asked what his definition of polite is, Dr. Douglas responded: “What is my definition of polite? Basically [to] say ‘Douglas is available, he has experience especially from the management of the AIDS pandemic as government head in the CARICOM region when we were there and so I would really like Douglas to come forward, and I would like Douglas to do this in the interest of our country’.”

“And I would be willing to help but not this big stick of threatening people and even when those threats have failed. People are not afraid of him. When people realize what their rights are and they have stood up on their rights, he then realizes that he has failed and what I hear is the cry of a failed leader asking for support because he still does not know how to do it,”  he added.

Dr. Douglas commented: “I think that Dr. Harris has failed the people of St.Kitts and Nevis especially in the management of the pandemic generally, and specifically in handling the vaccination program. As I said earlier today at conference, you have to speak to people in ways that they can understand, you have to educate them , you have to make them aware of all of the implications of taking the vaccine because it is something that is being put inside their bodies , and with so many misinformation  out there, there are natural fears  people are expressing about  the vaccination program especially when people understand that this is the only one available here [AstraZeneca/Oxford] to be taken when in other countries there are other options that they have.” 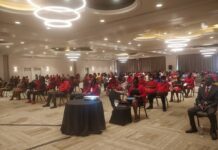 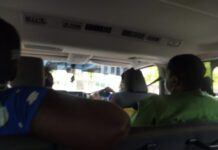 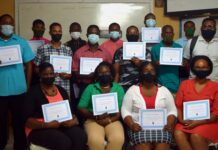 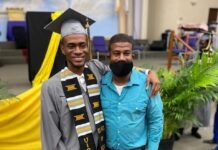