BASSETERRE, St.Kitts (Friday 22nd May 2020) – Criticism about representation in Constituency Six by newcomer candidate Kevin ‘Nicky’ Williams of the People’s Labour Party (PLP) has been responded to by his running mate, Leader of the St.Kitts-Nevis Labour Party and former Prime Minister Dr. Denzil Douglas.

He was at the time responding to a question posed by this media house at an SKNLP press conference held on Tuesday 19th May 2020 regarding recent comments by Williams.

A PLP press release informed of a launch ceremony that was held at Willett Great House in St. Paul’s on Monday 18th May 2020 whereby Williams expressed it was a pleasure to be selected to represent the people of St. Paul’s and Constituency Six noting that he observed that the people have been suffering all the time as a result of poor representation stating that they have always been taken for granted by the leadership, and that is what he is aiming to change.

Williams was quoted, in part, as saying: “We have the right to stand up and counted and not to be counted while sitting down,” said Mr. Williams. “What I want to instill in all of you young guys is to come out and come forward and to show that we have the right as any other constituents. You need proper representation – somebody who will look for you, and this is what I will bring to you guys.”

In addressing Williams’ view, Dr. Douglas remarked: “The matter of neglect of Constituency Number Six by the leadership of the Labour Administration or by the MP elected there for several years coming from ‘Ninky’ is really a big joke because Ninky himself has been a very prominent product of the progressive policies of the St.Kitts-Nevis Labour Party administration and the personal services of the elected representative there.”

Dr. Douglas continued: “I will not of course enhance ‘Ninky’ on this platform but just to say that as a result of our policies, as a result of the formal representation that I myself presented for the benefit of the people of Constituency Number Six and St. Paul’s in particular why he was able to go off to study in Cuba, became a professional person after being enrolled in the St. Kitts-Nevis Defense Force. It is our policy that every young person must realise his dream.”

According him: “The only difference here is that if he is dreaming to become a representative in Number Six that dream will not be realized under me; that’s the only difference but I can assure you that he is the product of the very progressive policies especially enhancing the development of young people that is why I think Ninky can be where he is today so it is a joke for Ninky to say that I have neglected or the Labour government has neglected the people of that constituency. I don’t believe any constituency in this country has advanced more than how we have seen that constituency.”

Speaking about the development of the constituency, Dr. Douglas said: “It was considered before to be the poorest; that is not I believe the label being given to it today. In the human resource development in particular that is a joke. I believe that when I took that constituency for representation in the parliament, I don’t even think you had more than 10 -15 [university] graduates in the whole constituency. Look at it today; they are in every sphere of service in the public and in the private sector.”

“Many of the people from that constituency today are in our hospitals as doctors, as nurses pursuing to a large extent their national responsibilities to serve the interest of the people of St.Kitts and Nevis, and don’t talk about the housing revolution and land distribution evolution that has taken place in the constituency Number Six. So I think again Ninky is apparently seeking ‘noticement’ and attention in making ridiculous statement like those,” he added. 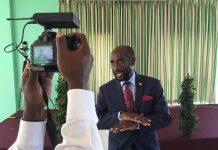 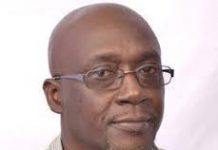 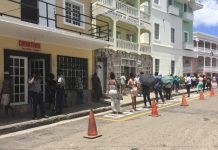