The Domestic Violence (Amendment) Bill, 2022, which seeks to make much-needed urgent changes to protect victims of domestic violence and provide them with swift access to justice, was successfully passed in St. Kitts and Nevis’ National Assembly on Friday, November 04, 2022.

Junior Minister responsible for Gender Affairs and Mover of the Bill, the Honourable Senator Isalean Phillip said that “the prevalence of gender-based violence is a growing concern in our Federation” hence, the Bill is a critical piece of legislation.

Senator Phillip reflected on the statistics from the Royal St. Christopher and Nevis Police Force (RSCNPF) noting that domestic violence has increased steadily with a surge in 2020 following the onset of the COVID-19 Pandemic.

Given the data recorded, Junior Minister Phillip said that “there is cause for concern and a need for immediate actions to address and combat this social problem.”

Actions taken by the House in 2014 provided a new layer of protection for victims of domestic violence. However, there were shortcomings such as the High Court becoming the primary court of adjudication which created problems for persons being unable to pay legal fees.

“This is why we are tabling these amendments here today as a matter of priority and urgency Madame Speaker. The amendments proposed will change the jurisdiction of the Courts to include both the Magistrates and the High Court so that individuals have easier access to justice through Magistrate’s Court while still having the option of High Court hearings for more serious grievances and matters,” said the Junior Minister. “While the existing legislation provides for some legal recourse, we recognize the need for improvements that will give the legislation more teeth to effectively deter abusers from offences and shift engrained cultures of gender-based violence that plague our society.”

Junior Minister Phillip said that in addition to addressing the issues through legislation, the Ministry also intends to address “education and public awareness around the issues concerning domestic violence so that we can begin shifting the culture of what healthy relationships look like, around what healthy masculinity looks like.”

The Domestic Violence (Amendment) Bill, 2022, was strongly supported by members on both sides of the aisle. 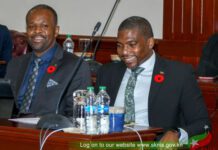 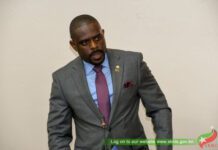 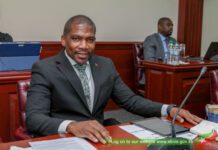 Companies (Amendment) Bill, 2022, Passed to Bring the Legislation in Line With the Federation’s Constitution