BASSETERRE, St.Kitts (Friday 12th June 2020) – Wounds sustained after being attacked with a machete led to the recent death of a 55-year-old Saddlers Village farmer named Stenneth Harvey, better known as ‘Kwondo’ and the ‘Honey Man’, who was a left-leg amputee for over 28 years following a traffic accident.

Police say an autopsy performed by Resident Pathologist Dr. Adrian Nunez on Wednesday 3rd June 2020 concluded that death was due to Hypovolemic shock (multiple traumatic wounds due to machete injuries).

Six days earlier, officers responded to a report of a murder at Saddlers Mountain on Friday 29th May 2020, sometime after 5 PM.

Upon arrival, they found Harvey’s motionless body lying on a dirt track with several lacerations.

Police are making an appeal to anyone who might have any information in relation to this incident to call the Violent Crimes Unit (VCU) at 467-1887, 662-3468 or their nearest Police Station. Investigations into the matter are ongoing.

In 2013, there was a GoFundMe outreach to the public for financial assistance for a prosthetic leg for Harvey since the use of crutches had been overstressing his heart in regard to him engaging in agriculture activities, and he was successful in obtaining such at some point.

Harvey- a Rastafarian and the holder of a Taekwondo Black, lost his leg in a traffic accident while riding his motorcycle, Over the years, he has been well-known and respected for his physical fitness and daily energetic flow while carrying out farm work.

His life partner, Elisabeth Karamat, in a March 2013 media interview conducted by this media house’s editor while at another establishment (SKNVibes.com), touched on how the loss of Harvey’s leg had been affecting his livelihood.

“He has been without his leg for 23 years…almost 24 years. He lost his leg in a motorcycle accident. A ‘Sugar’ jeep drove into his leg. He was a Black Belt in Taekwondo. Bee Man, farmer, everybody, the policemen and the guys who trained with him in Taekwondo, they say to me that he was a serious athlete. St. Kitts lost an athlete with this accident. His father was completely depressed after the accident.”

Karamat, also during that 2013 interview, highlighted how Harvey went to his Saddlers farm after the accident, staying there without human interaction for three months.

“After the accident, he had a serious crisis and he retreated. He retreated from the fast life…the motorcycles, parties working the hops as a security man and the training of Taekwondo; all of that so the fast life was over and he retreated on his farm. He became a Rasta. He meditated. He knew he had another purpose in life and that is how it happened. He’s stayed without human contact for three months. Imagine that!”

“He’s very powerful, not just physically but also in his mind…mentally,” she said. 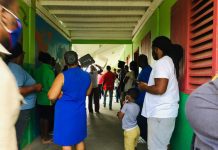 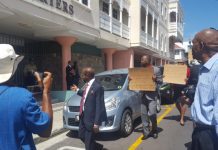 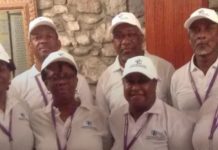