Last week, I shared with you some of what is my vision for St.Kitts & Nevis, and for our region, and I invited each and every one of you to think about it and come up with your vision for your country and for your region.

And let’s talk about our respective visions, so that out of them we can agree as to what’s our collective vision as a people, as a nation, as the Caribbean. Isn’t that conversation more interesting and more beneficial to us than gossiping and all of this garbage that we talk and quarrel about on social media every day? Shouldn’t we do it and encourage our children to start thinking about their vision for the country and for themselves?

In my presentation last week, one of the matters which I spoke about was corruption. And I’d like to discuss that some more.

It has been said that corruption takes up about 30% of the national expenditure of countries in these parts. The late Richard Caines, on one or two occasions on radio with me, claimed that the percentage was even higher than 30%. He said that it could reach as high as 50%.

I presumed then and I’ll presume now that he included waste and inefficiency to get it up to the 50%.

But human beings are not perfect, so it is unrealistic to expect that corruption, waste and inefficiency will be wiped out 100%. So let’s presume we wipe it out only by half; this means it will now cost the tax payers $765 million, instead of $900 million, to run the country. That is a saving of $135 million. That’s a lot of money left in the hands of our citizens, residents and economic and social stakeholders.

Don’t get me wrong, cutting corruption by 50% is not enough, but let’s work with that number.

Now what can you do with that extra money? You will put much of it right back into the economy with spending and investment, and in the process, greater opportunities will be created for buyers and sellers, spenders and savers alike, and, of course, for the Government, because increased economic activity is supposed to mean increased revenue for the Government.

But there are other extremely important and beneficial things that you can do with that extra money.

First of all, the actuarial reports for Social Security say that serious changes need to be made in order to ensure that Social Security Fund is sustainable into the future. One of the recommendations is that contributions need to be increased. So if you have more money at your disposal, you the employee, and you, the employer, then some of that extra money that has been saved by bringing down corruption, puts you in a position where you can better afford to pay the increase in Social Security contributions,which will now be injected as added  to the Social Security Fund, so that your sickness, maternity, death and other benefits and your pension can not only be assured and protected but that they might even increase and improve.

And not only will your investment in Social Security and your benefits from it be safer, but the Fund itself, being the major pillar of our country’s financial and economic infrastructure, will be kept more resilient and healthy.

So any Administration that does not see that and work vigorously and quickly to end corruption, and to do so as a matter of the highest priority, would be guilty of putting the continued viability and existence of Social Security in danger, and putting your wellbeing and your very survival at risk.

Such an Administration would be guilty of gross negligence and recklessness, at best, and of corruption, at worst. But either way, its actions, or lack of actions, would render it unsuited to lead this country, unworthy of the public trust, and a clear and present danger to the people, and to the country’s national institutions.

Further, a savings of $135 million to you, the taxpayers of this country, would also put you in a position where you can better afford to make your contributions to the proposed National Health and Medical Insurance Program. With such a Program in place, you show your Insurance Card and you get your medical care, your prescriptions, your operations, etc., so when you or a loved one is seriously ill, you don’t have to go around with a paper begging donations, or begging the Government, or even setting up on Go Fund me, because you now have a solid, up to date health insurance plan.

Bringing corruption down would probably remove the need for, or at least significantly reduce the size and costs of Government safety net programs, thereby saving the Government and the tax payers even more money.

Bringing corruption down, as it puts more money in people’s hands, will better position people to be food producers and food processors, and this sector could expand substantially, and in the process significantly reduce our annual food import bill, which is, I’m told, over $400 million a year. That in turn would reduce the amount of money being bled out of the economy for imports.

Indeed, it can turn some of our food producers and processors into exporters, which means that money will come into our economy from outside.

Again, ending corruption in terms of preferring to distribute lands, government contracts, etc., to favoured friends rather than giving everybody a fair share, would bring prosperity opportunities to more and more of our people.

But to get there, to be in a position where we can do these things and make a giant leap forward, all of us, we  have to end the corruption.

So it’s easy to see that getting rid of corruption, waste and inefficiency is good for the whole country, economically and socially, and also good for the country’s name and image.

But it is easier to say than to do because those who are corrupt,  they corrupt and compromise as many people as possible, and it can get to the point where it’s so widespread that it becomes the norm, reaching the point where nobody can claim the moral ground to criticize or condemn anybody else.

With this COVID 19 pandemic, we’ve all heard the term ‘herd immunity’, which basically means that once enough people get infected or get vaccinated, then the whole country pretty much gets  protection from the disease. Corruption works the same, but in a bad way, in that once enough people themselves become corrupt and or take corruption for granted, and it becomes the norm, then corruption no longer matters to the people of that country. It becomes part of everyday life, part of the system.

And that’s not good, because corruption not only destroys people’s morality and dignity, it is also a terrible drag on your individual and collective economic and social wellbeing, it’s bad for your health, bad for your wealth, and it turns the country into a rogue country, one which is not governed, and one in which the people do not govern themselves, by the Rule of Law.

In one country, corruption is so widespread that its people no longer call it corruption. They call it a “settlement fee”. So if you have a matter with Customs or Police, or you have a matter with public officials at any level, you can pay your way out of trouble or pay to get whatever benefit, concession or other opportunity that you may be in search of. In that country, elected officials and other public officials at local, regional and national levels award all sorts of benefits and sweetheart deals to themselves, their families, their friends, etc,., and there is no punishment for them. Corruption is systemic.

Corruption is also easier to carry out when people with money pretty much own public officials, especially politicians, but not only politicians.

I know of a case in a Caribbean country which shall not be named, whereby a Customs officer working in a bonded warehouse in which the goods of a particular business were stored, saw something wrong  (something that was not in the best interests of the customers of that business place), and she tried to right that wrong.

And guess what happened to the Customs officer. She was transferred to another place where she couldn’t interfere in the big business person’s affairs or stop the badness that was going on. She was punished for standing up for what was right. She had rubbed the  businessman the wrong way, and she paid the price for it because the  businessman had officials, both appointed and elected, in his pocket.

I know of another case in this same Caribbean in which certain foreign people were working in one of the trades illegally, and an effort was made to put a stop to it, and that effort was blunted by people at the top because the employer of the illegal workers was a friend of decision makers. In the process, local persons in the trade were denied a fair chance of work in the land of their birth.

My first exposure to corruption was as a youngster in my father’s shop. One day, a government official who had the authority to order things for his department, came to my father offering to buy some goods for that Government Department. I heard him myself. He told my father that he would buy the items from my father, but he wanted my father to jack up the price, and when my father got paid, he would pass on the extra cash to the man.

My father quietly refused, telling the man that he didn’t do things like that; and he reported the man to Mr. Bradshaw, who took away the purchasing authority from the man. My father told me that man never forgave him, and  became one of the more vicious Bradshaw haters in this country.

When Singapore became independent in 1965, corruption was stink to high heaven, and the Administration, understanding the heavy cost of corruption and the enormous benefits to the country and its people by minimizing corruption, took firm and consistent measures.

Singapore is one of the world’s best run countries, it has one of the best economies, it enjoys significant social stability, its value systems and dignity levels are well entrenched, and, so that you might be reminded, it’s only the size of St. Lucia.

We in St.Kitts, despite all of the promises and pledges, are yet to put the complete legal and regulatory architecture in place to manage and control corruption and to punish offenders.

And this architecture is not in place because those in office are in no rush to put it in place, and most of the rest of us cannot be really bothered, and maybe don’t even see corruption as an issue, when indeed it is perhaps the most fundamental and critical of issues that we face in terms of effective, efficient and successful governance for the people.

I say this with sadness, and with no disrespect for us, but too many of us do not know or simply do not care. And when we don’t know, and worse, don’t care about things that are of critical importance to us, then we lose.

Please let’s take off our partisan political and personal biases, and let us examine what’s best for us individually and collectively. With regard to corruption, the answer is clear: It has to be stamped out. And those who practise it must be punished. 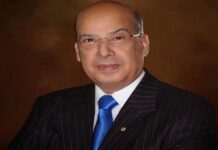