BASSETERRE, St.Kitts (Friday 31st July 2020) – “This tragedy we know has been seen as a Nevis tragedy all these years; we’re saying it is time that the nation recognizes it as a national tragedy. That yes the majority of persons who died were from Nevis but many from St.Kitts also perished on that fateful day. We have persons who have also survived and so we pay homage to them and of course to their memory of loved ones lost.”

So said Premier Mark Brantley at his monthly press conference on Thursday 30th July 2020 whereby he informed that a special sitting of the Nevis Island Assembly is scheduled to take place on Friday 31st July 2020 in observation of the 50th anniversary of the Christena Disaster.

“This weekend, we are going to have a very important commemoration and that is the 50th anniversary of the Christena Disaster. The Christena, as we know, was the inter-island ferry that transported persons between St.Kitts and Nevis. It was the only ferry at the time. It was government-owned and on that fateful day of August 1st 1970, it left Basseterre on its final trip to Charlestown badly overcrowded. We are told that it should have had 150 persons onboard; it had well over 300. The consequence was that in calm seas on that day just off what is referred to as Nag’s Head, it sank, and in sinking over 230 persons perished. Many their bodies have never been found, many were buried or trapped inside the vessel and were buried at sea. Still others are in a mass grave at the Bart Cemetery, still others – we are told are in a mass grave at the Springfield Cemetery in St.Kitts, and that has been the legacy.”

According to him: “This sitting will be a sitting with a difference to mark the somber occasion and the significant milestone of 50 years since the tragedy. We have invited all of our former prime ministers and our current prime minister to speak, and this would be the first time that they would be addressing the Nevis Island Assembly. In addition, we’ve invited all of our former premiers and the current Premier also to speak. Of course, we have lost Sir Simeon [Daniel] and so he cannot speak. Interestingly enough, however, is that one of the speakers who we expect- Sir Kennedy Simmonds, our only living national hero who was the only medical officer on Nevis at the time of this tragedy and so he brings a unique perspective to this tragedy that we hope he might be able to share with us tomorrow.”

Individuals can tune into NTV and VON Radio for live streaming of the event. 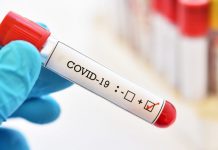 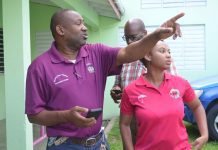 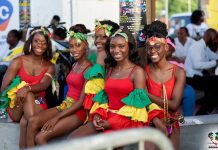 Nevis To Host Staycation Options In Place Of Cancelled Culturama