BASSETERRE, St.Kitts (Friday 20th November 2020)- In the space of almost one month later, another individual has been charged in a second road accident that has claimed the life of another elderly man on St.Kitts.

Dead is 62-year-old Arthur Belle of Ponds Pasture while 44-year-old Inshan Mohammed of Pine Gardens, Shadwell Housing is accused of Causing Death by Dangerous Driving following the incident which took place on Friday 13th November 2020 on the Bay Road near Sol Station in Basseterre.

An autopsy performed by Resident Pathologist Dr. Adrian Nunez on Monday 16th November concluded that Belle’s death was as a result of multiple shock and multiple trauma injuries.

Police say the traffic accident occurred sometime after 6:00p.m. and involved motor SUV P 7985 which is owned and was being driven by Mohammed and pedestrian Belle who is also known as Arthur Jacobs.

Investigations so far have revealed that Mohammed was traveling from Birdrock towards Central Basseterre and after passing the main entrance of the Sol Station, he collided with Belle who was, at the time, crossing the road from the seaside to the mountain side.

Belle was transported to the JNF General Hospital by the Emergency Medical Service (EMS) via ambulance where he later died.

Persons with information regarding this incident are urged to contact the Traffic Department by calling 465-2241, the nearest Police Station or the crime hotline 707 where information can be given anonymously.

Meanwhile, motorbike rider 29-year-old Rae Clarke of Mattingley Heights is being blamed for Causing Death by Dangerous Driving in relation to 81-year-old Conrade Simon of Wellington Road following an accident that happened on Thursday 15th October in the vicinity of the Queen Victoria Roundabout in Basseterre.

An autopsy performed on Monday 19th October by Resident Pathologist Dr. Adrian Nunez concluded that death was due to traumatic shock as a consequence of multiple traumatic injuries due to the traffic accident.

Additionally, on that day, Clarke was arrested and charged for the offence of


Preliminary investigations revealed that close to 5pm that day, Clarke was travelling along Cayon Street riding motorbike PB 5341 and Simon had stepped down from the sidewalk into the road in the vicinity of the pedestrian crossing on Pond Road.

Reportedly, Clarke received a cut and minor bruises on his feet while EMS (Emergency Medical Services) transported Simon to the Joseph N. France General Hospital where he later died. 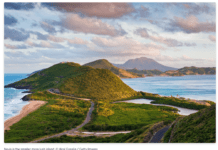 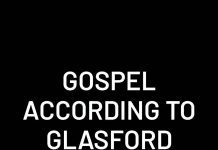