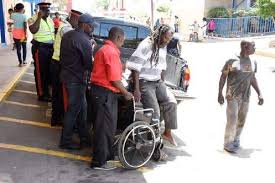 THE spate of violence in Kingston since Monday this week has put a strain on Kingston Public Hospital (KPH), forcing the nation’s largest health facility to postpone elective surgeries.

The hospital said that as early as 7:00 am yesterday 18 of the 521 patients admitted on wards were suffering from gunshot wounds.

Pointing to the pressure violent crimes have been having on the hospital, a spokesman said that, between January and June, 433 people were treated by the facility for gunshot wounds, while another 138 who were shot and injured were pronounced dead on arrival.

The increase in trauma-related cases this week is related to shootings in the St Andrew South, Kingston East and Kingston Western police divisions.

At the same time, more than 1,000 patients have been treated for injuries they received in motor vehicle accidents, while 133 were treated for stab wounds at KPH this year.

But with only 475 beds, the hospital had to seek alternative measures to combat the challenges.

Senior medical officer at the hospital, Dr Natalie Whylie, told reporters yesterday that KPH had to change the way it functions since Tuesday as a result of the increase in trauma cases, mainly involving men who have been victims of violent crimes. The admittance of men, mainly for gunshot wounds, has caused significant overcrowding on the male surgical wards.

In addition, Dr Whylie said 12 patients were yesterday morning admitted to the Intensive Care Unit, which has only seven beds.

She said of the four main operating theatres in the hospital’s main operating suite, three were being used to deal with the existing surgical cases and one was reassigned to address the surgical emergencies expected to come in.

“If we have 475 beds and 521 patients, then our stretchers from the Accident and Emergency Unit have to be utilised as beds for some of our surgical cases,” the senior medical officer said.

The doctor also outlined the additional contingencies that have been put in place to deal with the challenges.

“We have partnered with our sister institution — the Victoria Jubilee Hospital — so they are going to be housing some of our surgical patients to relieve some of the overcrowding on our wards. The University Hospital also has provided us with some assistance. Yesterday (Wednesday) they facilitated the access of transfers from the peripheral hospitals and that will continue today. The University Hospital has also offered assistance with the surgical cases that we are not able to manage here,” she added.

Health Minister Dr Christopher Tufton, who visited KPH yesterday, said the cost, time, equipment, and expertise associated with treating trauma cases have been significant and have placed strain on the hospital. 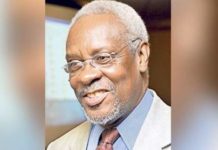 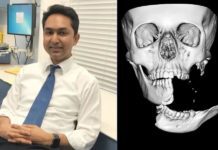